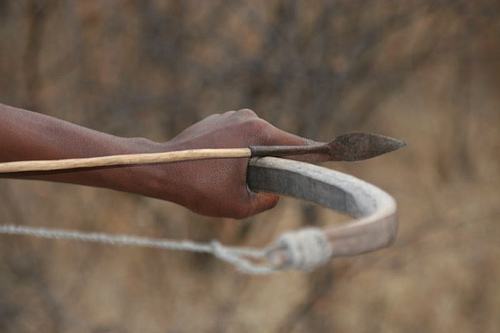 A sombre mood engulfed Kaptimom Village in Lawina, Elburgon, after a man shot and killed his wife with an arrow, following an argument over a few sacks of maize.

In the incident that occurred yesterday afternoon left many in shock. 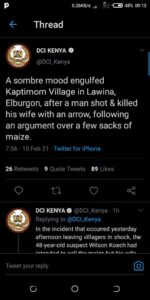 According to a statement released by the Directorate of Criminal Investigations,(DCI) The 48 year old Wilson Koech attempted to sell the maize. Dejected,and in rage, he armed himself with a machete and went after his son Collins Kipchumba.

Collins was lucky to escape being harmed by a whisker. It is then that Wilson turned to his 43-year-old wife with a bow and an arrow and shot her on her left breast, killing her on the spot.

The suspect has since been placed in custody & is being processed to answer to his crimes.

3 Situations You HAVE To Lie To Your Woman