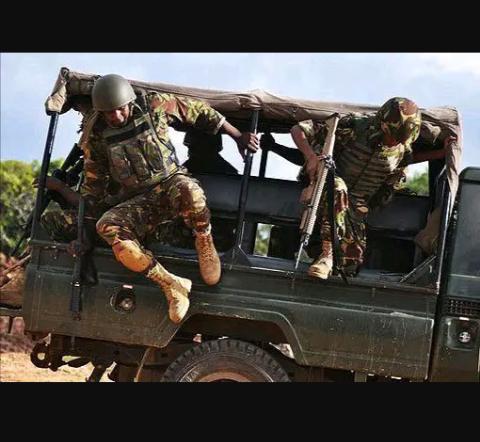 Eight people have been arrested after attacking a driver who had just delivered goods to Lokituang. The driver was on his way back to Lodwar when he met eight armed men that attacked him. The gang took away all his earnings before assaulting him. Out of panic, he surrendered everything he had to them.

The men who claimed to be revenue collectors stopped the driver before harassing him and ordering him to give everything in his possession to them. They were operating using a probox moving at night in the name of government officials before committing the offence. 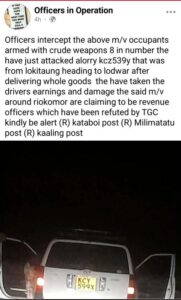 Detectives on patrol happened to have been informed of the matter and rushed to the scene before arresting the eight men. They were all taken to the police station and are in custody as investigations are on to determine their actual intentions and identity.

They are assisting the police with investigations that will lead to the arrest of their accomplices. The driver was saved from the attackers and he recorded a police statement before being allowed to go on with his journey back.