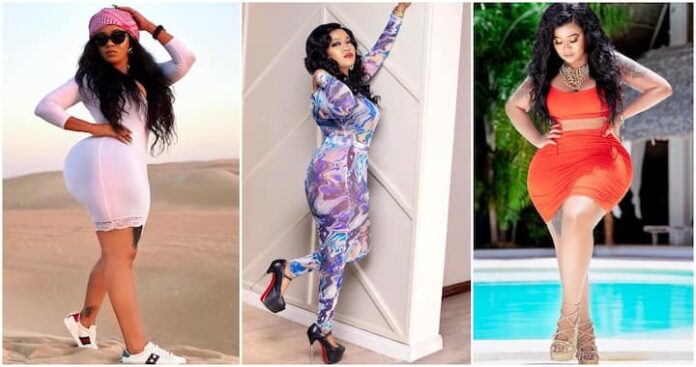 Vera Sidika, the one true socialite, has been on the headlines for the wrong reasons as she shared a picture of herself (via her Instragram page) showing that she had to remove her butt implants due to health reasons and that girls should love themselves as they are.

From the health risks, gas lighting, at some point the gender card was used, the height of clout chasing has by far risen to desperate levels and has always been used as a tool for marketing and gaining monetary value. From thee Pluto’s antiques of cutting his dreadlocks or Omosh from Tahidi High claiming he’s broke, we’ve seen this script play out.

Vera had all the attention that she lacked ever since she became a mother. Famous people like Betty Kyalo through her social media posts called her strong and applauded her bravery as she referred to Vera as a champion for showing girls how they can accept themselves as they are and they can feel confident under their skin. 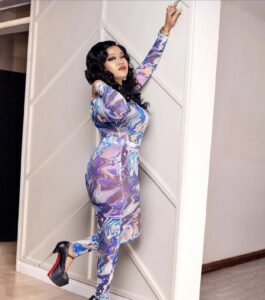 Things began to unfold from the Thursday 7/October/2022 where Vera shared a short video as she was being ushered in a Los Angeles clinic where it is believed she got her butt implants removed. This was just part one of it leaving viewer’s with baited breath as they had been promised her full surgery which took several hours.
People flooded her comment section wishing her a quick recovery as she had written a long caption talking about how God saved her by giving her a second chance to live healthier and a better life.
At this point, any decent human being who actually has a heart would actually pity with her as it was too good to be true for the skeptical ones. It’s been going on for 3 days and now the attention was taken to the YouTube video which she also promised her followers that it would show what the surgery was like for her well for obvious reasons she was unconscious.
It is 10pm Friday the 8/October/2022 and the surgery video was uploaded on YouTube. I was surprised that within a minute it had close to 1000 views so out of curiosity I clicked on the link as I waited to see that surgery video like everyone else who adore Vera Sidika.
I never saw this coming at all! The link was a direct path to her new single called -Popstar- and the best part? The “nyash” as we refer to is bigger and bubblier. Vera pulled off one trick that has been used in the celebrity world for decades, stir the masses, capture their attention then execute the plan.
“The song is not as good but she will make money off it.” When the Queen speaks, as much as we lost Elizabeth, we listen. Vera is back, Vera is bigger and Vera is giving men sleepless nights again.
Let’s know your view about it on the comment section!

“Shame On You Ruto.” Here’s Governor Mutua’s Opinion on Ruto’s...