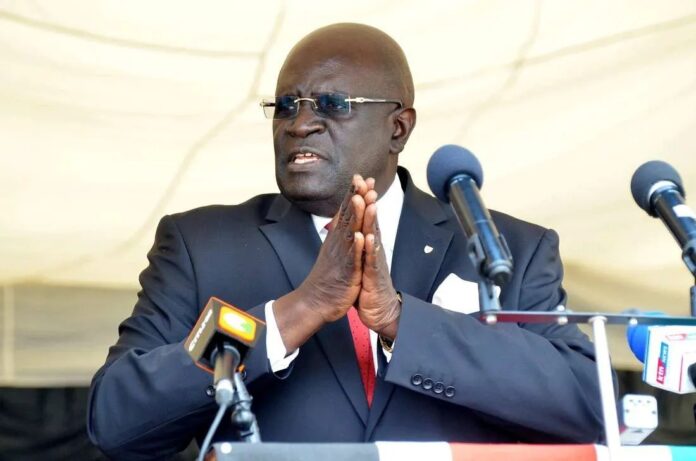 Former Education CS George Magoha Magoha has died, his family confirms; he has passed at Nairobi hospital. He served as the Kenya National Examination Council chairman from 2016 to 2019 before being appointed as Education CS.

Here are some of the key milestones he achieved during his tenure;

“The government has made deliberate efforts to make education not only accessible but also affordable. This has been demonstrated by raising of capitation for Free Day Secondary Education (FDSE) from Sh12,870 to the current Sh22,244.”

“In 2017, the Ministry entered into an agreement with the National Hospital Insurance Fund to run a medical health insurance scheme for all secondary school learners. Since then, the Government has been setting aside Sh4 billion annually to ensure the learners stay healthy by being attended to in health facilities countrywide

Free text books to every child to the ratio of 1:1

“I am pleased to also confirm that the Government has spent Kshs.33.38 billion between 2018 and now achieve a Learner: Book ratio of 1:1 in all public primary and secondary schools.”

“The Government, in collaboration with partners such as the UN World Food Program (WFP) and the World Bank to keep their children in school and to enrich the nutrition of learners’ meals and ensure a balanced diet, plans are underway to introduce canned beef to their meals.”

“The focus on electrification of schools has been a priority. So far, over 90% of schools have been connected.”

“The Government initiated the Digital Learning Program and a total of 21,717 out of 22,988 primary schools (94%) have been supplied with these digital devices.”

Many people have come out online to mourn his demise, may his soul Rest In Peace!

Have You Ever Endured Misery? Well, Here Is My Recent Story