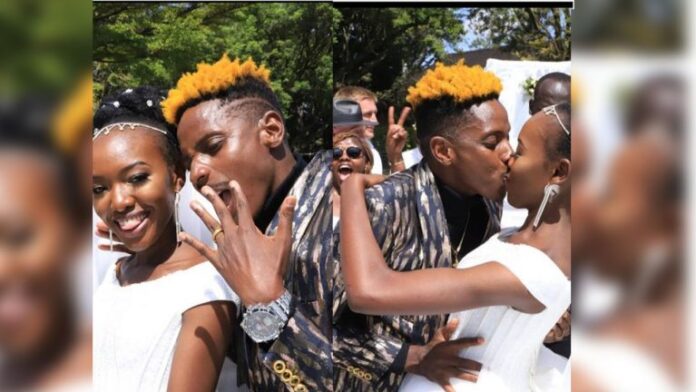 It has happened. Would you have thought that it’d end up at the aisle? They have done it. Comedian and East African Comedy President Eric Omondi has tied the knot with Band Beca girl Carol Kamweru.

It was a private and all-white wedding that was witnessed by family members and close friends. Among the notable names that were present in the ceremony, are fellow comedian Eddie Butita, his younger brother Fred, Mc Antonio, and Bonfire Adventures CEO, Simon Kabu.

Just after the couple were done with the vows and putting rings, the wedding was out to a halt after Socialite Shakilla stormed the ceremony. 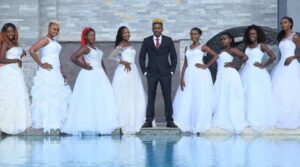 Shakila who alleges to be pregnant with the comedian’s child claimed that she deserved to be the wife and not Caro. This drama that appears to be a scripted play, began a few months ago when Eric hosted a Wife Material Challenge. Shakilla was among the nine wife contestants that Carol emerged as the winner.

The wedding is believed to have proceeded successfully even after the drama.

We wish them all the best as they begin their journey in marriage.

Socialite Amber Ray Contradicts Jimal, Explains The Reason Why They Broke Up