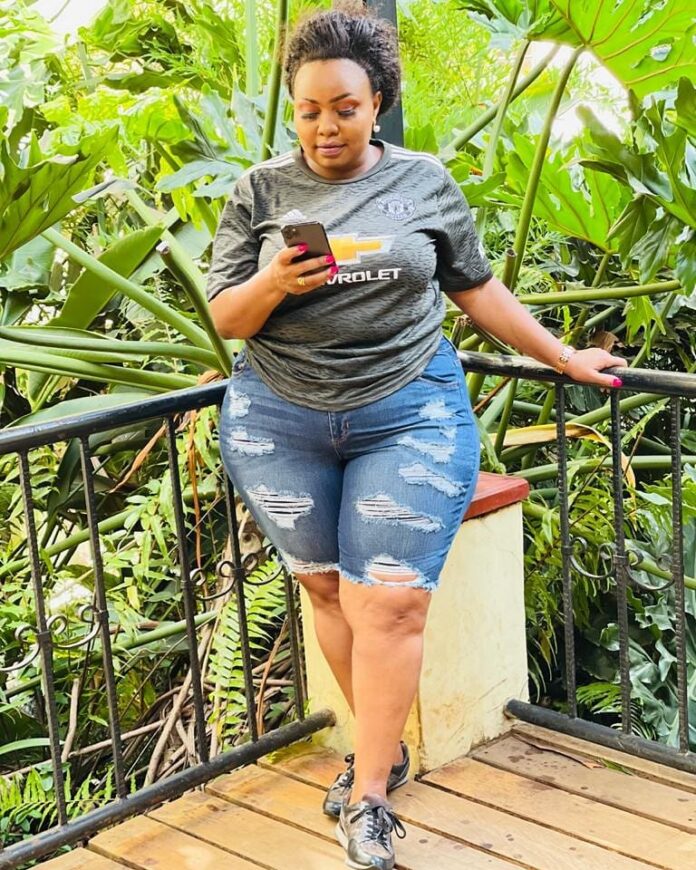 Millicent Nyaboke Omanga, a jubilee nominated senator recently revealed she made her first Ksh one million just at 19 selling bedsheets while a student at the University of Nairobi pursuing Journalism and later graduating with a commerce degree from the same institution.

The 39 year old curvaceous senator commonly known as mama miradi graced the limelight following the Tanga Tanga and Kieleweke politics which resulted in a number of leaders being ousted from their political and leadership seats.

She is from a relatively wealthy family living in a five bedroom house seated on a two-acre piece of land in Rongai. Mr Omanga, was the family’s sole bread winner, a mechanic at the Postal Corporation of Kenya.Millicent took up leadership roles back in campus serving as the SONU representative for module 2 students.

Omanga is a long term experienced entrepreneur in several fields such as interior design, furniture imports and in construction. She has opened up more than fifteen stores dealing with all aspects of interior design and incorporating it with imported goods offering clients more choice in their purchases.

She first got appointed in 2013 as a company director at Kenya Electricity Generating Company-KenGen. She has openly credited the deputy president Dr. William Ruto on her entry into politics.

Besides politics, she founded and leads Milways Enterprises which is a general business dealing with construction and interior design.

Millicent is married to Dr Francis Nyamiobo with whom they have been blessed with two children named Maya and Wayne. She is also a huge football fan, saying she has never missed a World Cup tournament since 2002.We can only wait and see what she has in store for us come 2022