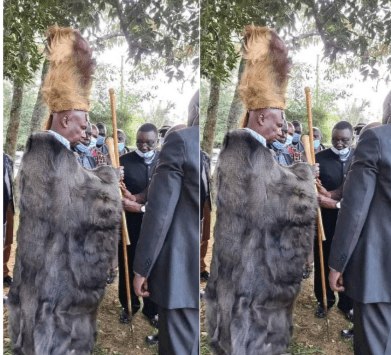 Baringo Senetor, Gideon Moi was on Friday the 22nd January crowned a kalenjin elder by the Talai elders.

This Ceremony that happened very early in the morning had the Senetor receiving the communities instruments of power, and the elders blessings to pursue the country’s top job, the presidency.

The instruments included a shield made of a Leopard skin, a club,a monkey skin hat and a three-legged stool.

A similar ceremony had been arranged by the elders early this month but was halted after a group of youth blocked Moi from meeting the Talai elders.

The youth that were mostly from Kapsiswa barricaded the entry to the residence of Councilor Christopher Arap Kayoki.

The Senetor was forced to turn back
Reports now indicate that the power and blessings of the elders to pursue the presidency are no longer with the deputy president.

Retired Anglican Cleric James Baasi had earlier clowned the Deputy President William Ruto as the one with the blessings to pursue the job.

It is said that this coronation of the Deputy President was illegal because it was carried out by young men, contrary to traditions. Led by elder Stephen Sugut, the elders trashed the whole shebang as illegal declaring that they (the elders) were never consulted. 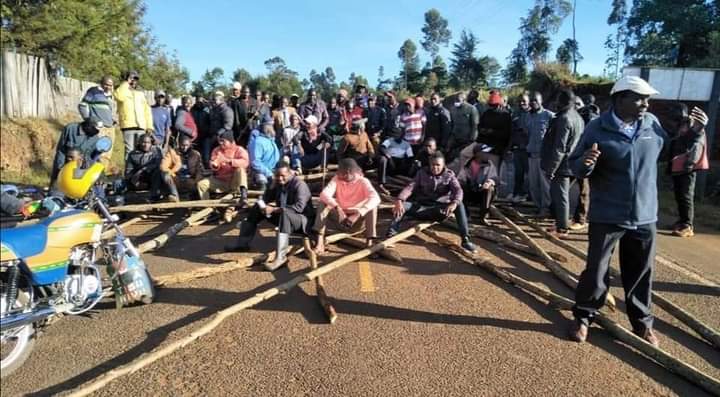 The Talai Council of Elders refuted reports claiming that Deputy President William Ruto visited them seeking the traditional cleansing as well as seeking special powers to stop the current purge in the Jubilee Party leadership.

We are not against the coronation that was done at Kapsisiywa, but we are against the way in which it was executed for instance, there is not use of honey when the leader is dressed with the Sambut,” Sugut.

Ruto is too ambitious to make himself invisible and the coronation of Gideon boy cannot stop him from pursuing the presidency.

But with his strong hold divided, it’s possible neither he nor Gedion moi will take the presidency home.

“Maliza Tutachanga Tena,” Kenyans React To A Picture Of Omosh...