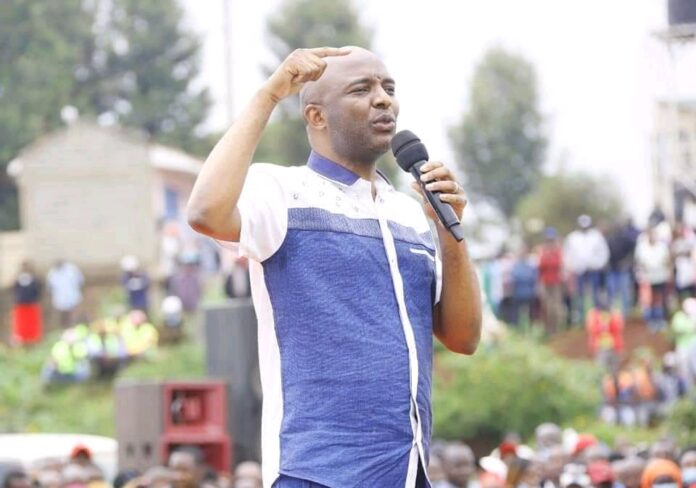 The Murang’a senator caused star on the internet after taking to Twitter to post how he is likely to vote today in the senate.

Today marks that day when the senate will take a stand on the BBI bill after the national assembly overwhelmingly voted to support the bill without amendments.

A section of Ruto allies just as they did in the national assembly are likely to vote against the BBI bill as it will be tabled today on the floor of the Senate. In the last seating a section of senators led by the Kitui Senator Hon. Wambua suggested the the current bill to be amended before it proceeds to the referendum.

Many argue that the ruling by the speaker on this issue will be the determinations of how the whole issue will go in the senate. According to the Makueni senator Hon. Mutula Kilonzo Junior, amending the BBI bill in the Senate after the national assembly passed it without amendments will be of no value.

Kang’ata has alluded that he may oppose although he seems to be afraid whether the NO side will have the majority. This is what he people shed on Twitter;

“Those asking how I will vote on BBi tomorrow and reminding me about. Bible Judges 6.Gideon downsized his army of 30k v 15 enemies to 300.He then used “shock and awe” tactics and won.” Irungu Kang’ata.

People have also come out to respond to him and this is some of their reactions; 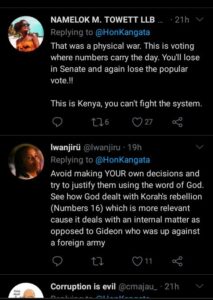 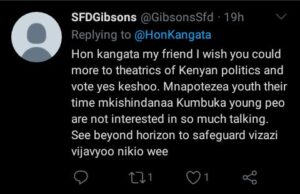