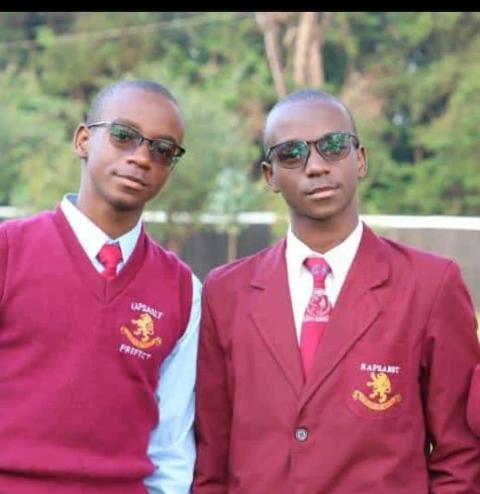 Ray Isaac and Ron George made headlines on a local paper after scoring same marks on 3 out of 5 subjects in Kenya Certificate of Primary Education (KCPE) in 2016.

The two who were nicknamed Kibaki and Raila since they were both born during the 2002 NARC Alliance era, have done it again, scoring the same grade in Kenya certificate of Secondary Education (KCSE).

The twins posted an impressive A plain in all their subjects which is just phenomenal.
The two studied at Kapsabet boys.

Ron scored an impressive A plain in all his subjects and got a whopping A plain mean grade of 84 points. Ray posted an A- in his English paper which set him back just a point to post an 83, with an A plain mean grade.

Their impressive record landed them an interview on NTV last night with Salim Swalleh. Here’s the video:

Congratulations to Ray and Ron 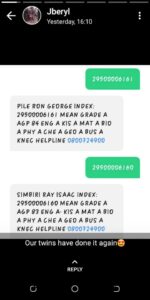 Businessman Jimal Roho Safi Explains Why He Ended His Marriage With...