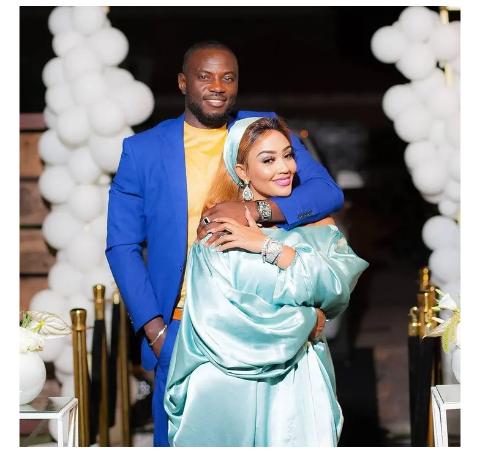 Ugandan Socialite and Business Woman Zarina Hassan has raised eyebrows among her fans after putting up a cryptic message, that has now been linked to her current  relationship.

The Business woman who is currently living in South Africa has deleted all the photos she ever took with her man who she loves describing as the  Dark Stallion, something that has left many of fans worried.

In her cryptic message, the Boss Lady  insinuated that she had to let him go because they were not building each other in any way.

“I miss him, but I had to let him go. If it doesn’t build me I won’t Keep it” reads Zari Hassan message that has left a section of her fans with questions.

Zari unveiled the face of her new man on February 14, after months of keeping him away from the public eye. That was the first time, netizens were having a clear look at Zari’s “dark stallion” as all the previous photos had been captured strategically to hide face after she hit out at critics who were claiming that affair with her new man  won’t last.

The socialite mentioned that she doesn’t care if the relationship will last or not, but she was already having a good time with her new boyfriend.

Otile Brown Outlined By Ladies Who Wish To Date Him