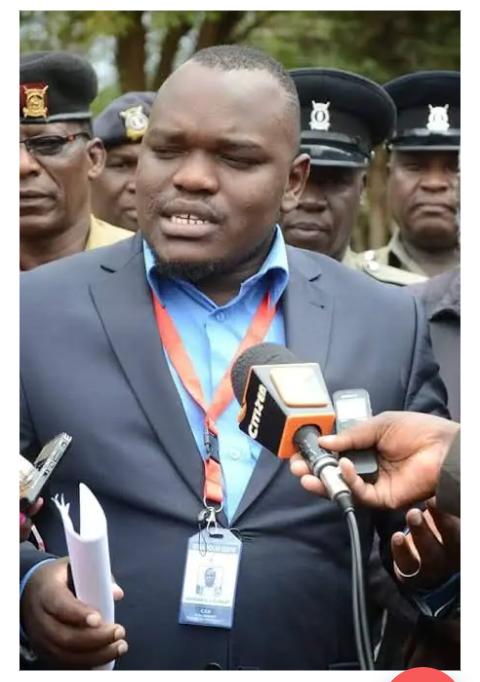 The trending video of a man behind “Nitakufinya” phrase has gone viral two years after it was aired by K24 while performing an interview at Nairobi’s slam Mukuru Kwa Njenga.

The unidentified man said the words after a local by the name Charles Musyoka exposed how illegal electricity connections in the area had caused harm and dangers including him who one time electrocuted injuring his finger.

It hasn’t been established why the man was angered after illegal electricity connections were exposed.

The man is believed to be a resident of Mukuru Kwa Njenga.

A renowned social media blogger has called upon the arrest of the man for publicly threatening Musyoka whose whereabouts hasn’t been known after the explosive interview.

In his statement,Abraham Mutai said Kenya Power crimes committed by cartels in the slum areas are monumental which involves stealing electricity, laying illegal electric cables, threatening lives, murder by Electric shocks, collection of Electric bills which is HIGHLY illegal to threatening anyone who attempts to right these wrongs.

Mutai added that cartels are so vicious that Kenya Power personnel have never stepped in the slums and the man captured on live TV threatening to harm a member of the public speaking Against ILLEGAL ELECTRIC CABLES should be arrested. 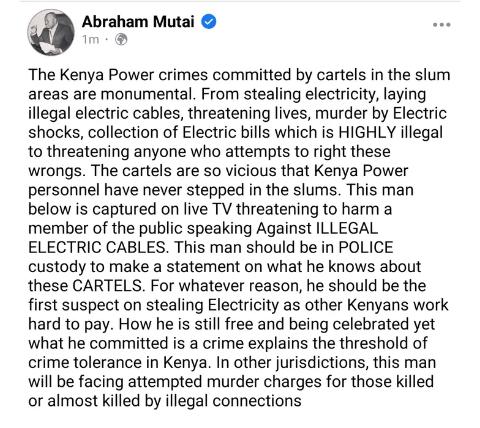 A Case of Shoot and Miss; Shot by Love?