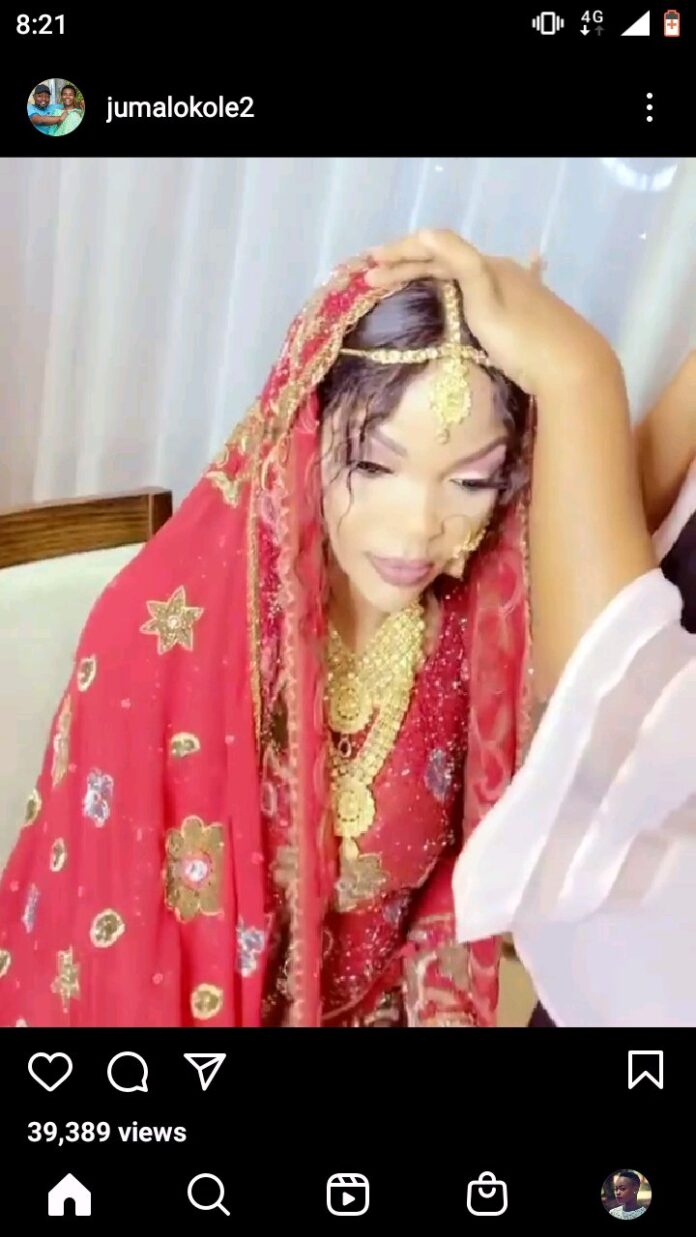 Wema Sepetu, Diamond’s first girlfriend has allegedly gotten married
It is said that the Socialite loved the Bongo star when he didn’t even have a name for himself yet.

Mark you, she was already a celebrity by then. After an on and off relationship with the Waah hitmaker, they finally walked separate ways.

So news of her getting married came as a surprise and netizens didn’t believe that she indeed was off the market. Many claimed the video was just a movie scene because she is an actress. Others alleged it was just clout. She hasn’t said anything about the video yet.

Apart from acting, the soft spoken beautiful Wema Sepetu is a Tanzanian model, vixen and business woman who has trended in the past weeks for allegedly defrauding a Kenyan company.

Here’s some reactions from Netizens

According to this source, the company allegedly spent 2.5 million Kenyan shillings on Wema Sepetu for her travel to India, cost of surgery and other expenses.

Before Wema travelled to India, the company signed a contract with the Viva Serenity company as a brand ambassador