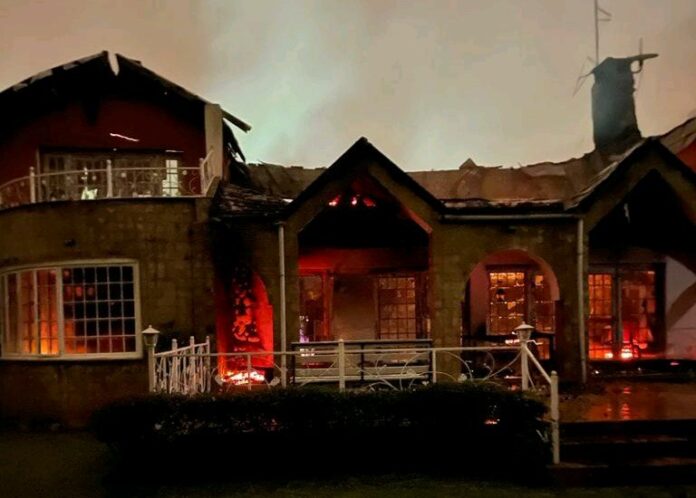 Reports have it that in the middle of the night, the former statehouse communication and digital strategist Dennis Itumbi took a statement to his twitter account reporting a fire outbreak in Mutahi Ngunyi’s house in Runda. According to Itumbi, a communication had already been made to the firefighters in Kiambu who had already taken up the case. 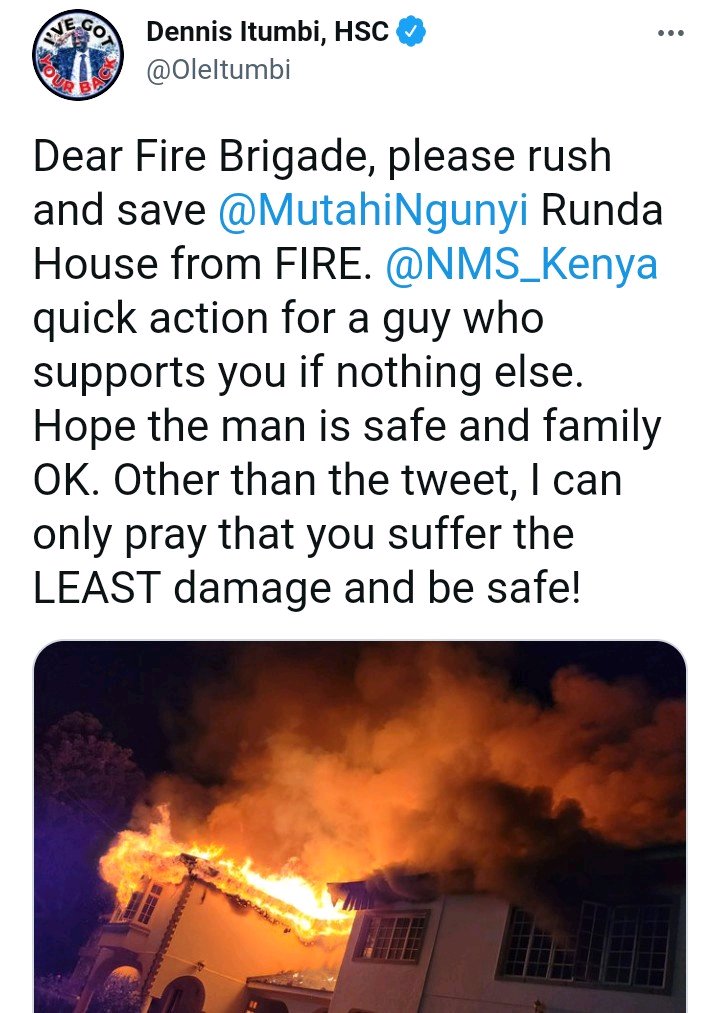 At the time when Itumbi posted the burning house, the photo showed a house that was not even halfway destructed by the fire. However, Professor Ngunyi also posted a photo early in the morning showing a fully ravaged house on flames. Did the firefighters attend?

In his official twitter account, the professor indirectly blasted the Tangatanga spokesperson wondering why he was the first one to know about the fire incident. According to him, Itumbi’s posted about the fire 16 minutes after the house caught fire. The incident also happened after Mutahi talked about the Kiambaa violence in his YouTube page.

“My friend @OleItumbi. My house in Runda for 27 years went on fire at 1.45 am. You TOLD the Hustlers at 2.01 am. About 16 minutes later. That is after I talked about Kiambaa violence of 2008 on 5th Estate. Here is a better picture than the one you POSTED. Enjoy.” the political analyst tweeted. 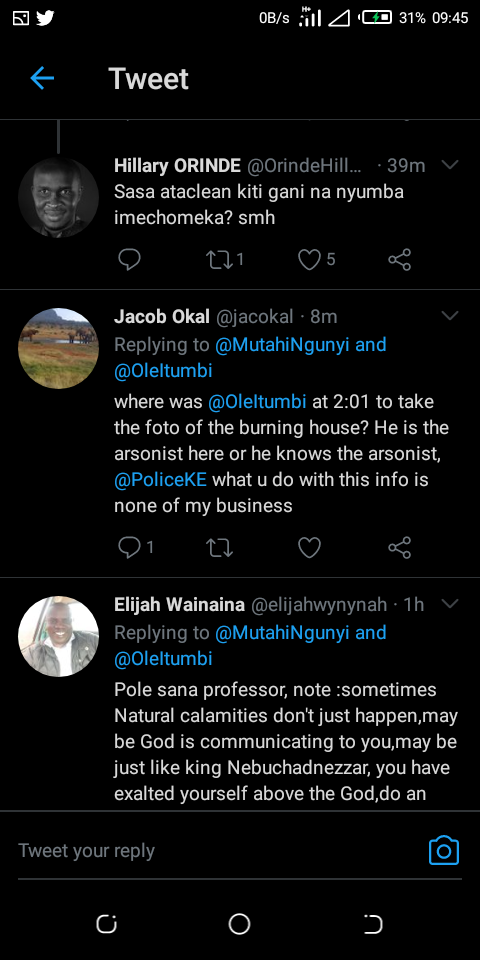 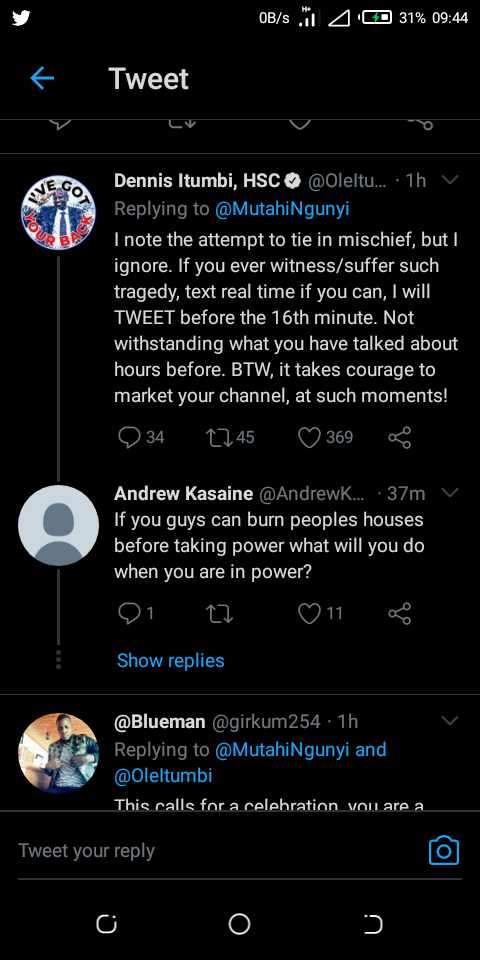