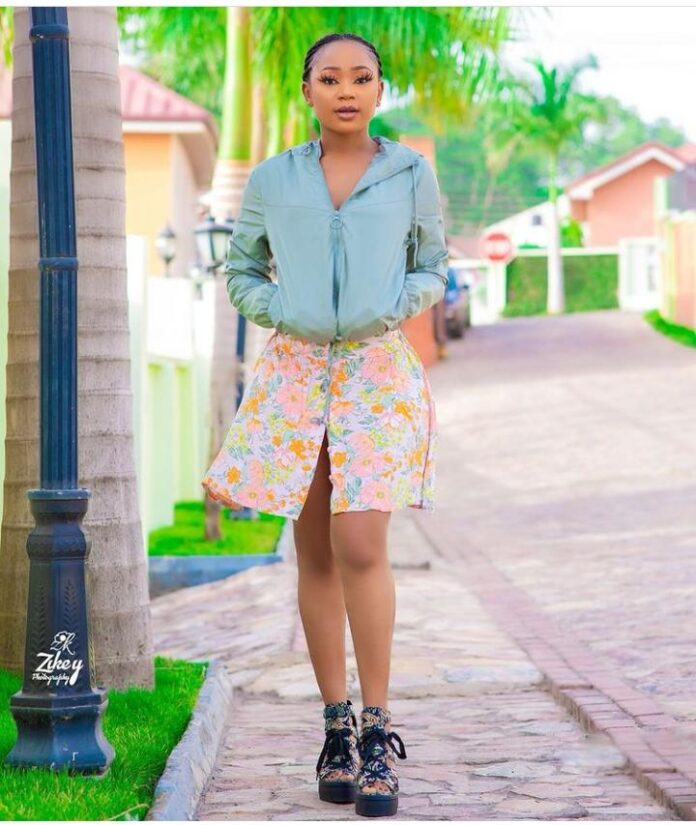 Ghanian actress akuapem Poloo that refers to herself as sexy poloo has gotten sentenced to 90 days after a nude photo of her and her son that was meant to celebrate the sons seventh anniversary went viral causing an outcry with people all over the world rebuking the picture saying it was a taboo for a child to see his mother’s nudity. 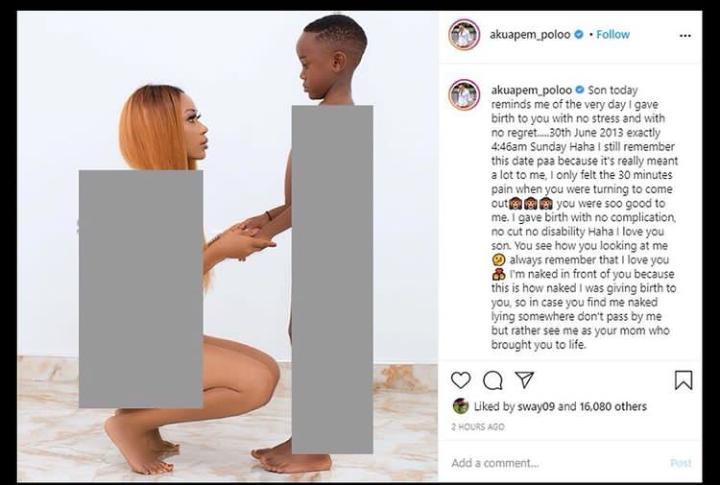 The ruling was carried out by the Accra Circuit court today and is set to commence immediately. In recent days fans worldwide had started a harshtag towards her release demanding that she be set free since she was making art and that was her way of expressing herself.

The self proclaimed cardi b’s spirit sister has announced the news in a short video on her Instagram account, acknowledging all her fans and celebrities that have come through for her during recent times, thanking them generously for all they have done towards making her freedom a success.

The actress that doubles as a bee keeper has since the onset of corona been trying to establish her business even further and been promoting her brand on social media with many influencers and celebrities supporting her.

The video has already started trending with numerous high ranking actors and actresses from Nollywood sending their messages of goodwill and encouraging her to stay strong .she has noted that this is a test and for her to go to further places she has to pass through a few hurdles