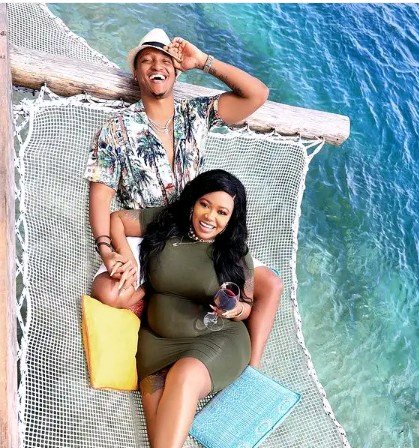 Socialite Vera Sidika has called out her husband Brown Mauzo after he communicated his plans to ‘address the nation’ after he missed gender reveal party organized by Vera last weekend.

During the much hyped party, Brown Mauzo was conspicuously missing, something that left netizens asking a lot of questions.

Some wondered if it was their plan, or something was not right between the two lovebirds. Following the questions that have been asked and speculations going rounds on social media, Brown indicated through the Instagram stories that he was ready to reveal to his followers what transpired.

He wrote,”I shall address the nation tomorrow at 10am. #TruthAboutEverything.” with a crying emoji

Surprisingly, he did not respect this promise. While responding to this, Vera has not spared the father of her unborn baby, dismissing the idea of addressing the nation.

According to her, when they were having their good times they were alone, thus needles taking things to the public.

She wrote, “Dear men, while you were undressing her, You were all alone.Nobody was enjoying the sweetness with you.So don’t even think of addressing the nation when things go south.” 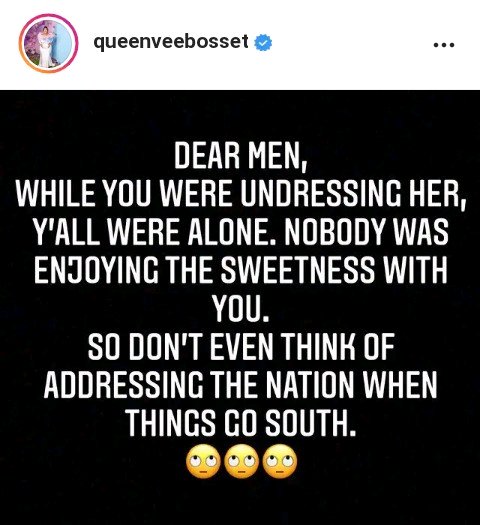