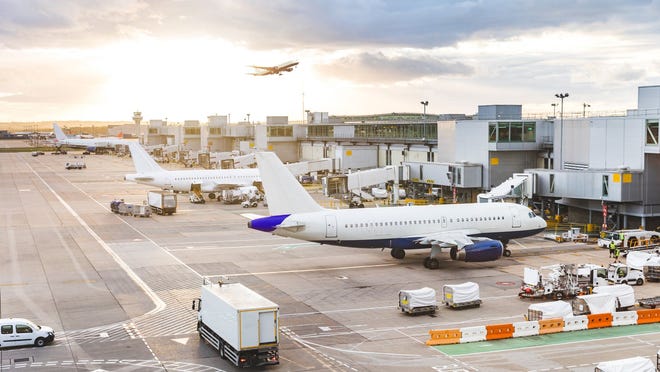 There’s this cousin of mine who wanted to go to the overseas and experience the ‘good life’. Immediately after her high school education she went to one of these agencies advertising Live and work in Qatar offering jobs like watching men, house helps etc. They said they’d do everything for her. All the paperwork and pay for her flight to Qatar. Deal was great. She was to go be a house help there.

Time came and she left as agreed. Upon arrival in Qatar she was set up in an Arab family. Immediately they confiscated her passport so as she couldn’t escape. That was the begining of hell for her. The madam used to beat the living hell out of her just over petty things. The husband was another one. Arabs have a special liking to Africans and her being a Kenyan was not in her favor.

Qatar guns are allowed to anyone. The man used to rape her at gun point😰😰😰as if that’s not enough they had a room in the house where they kept demons they worshipped and they’d force her to feed them. There was a special robe she was supposed to wear before going to the room and she was to enter backwards barefoot.

She says the demons would change with days sometimes she’d find snakes other times hawks other times cats and vice versa. Each time she fed the demons she wouldn’t be herself and she’d only regain her senses hours later

She underwent real torture to the extent she’d get burnt on the gas. 😰😰😰When the wife discovered her husband had a liking for her it got worse for her. Never did they allow her leave the house not even to bask they feared she’d escape. She was practically a slave there. They lived on the 7th floor of some apartment making it even harder for her to go out. One day she was asked to wash the carpet and hang it on the balcony. She knew that was her opportunity to save herself.

It was do or die. She went stole her passport, her ID and necessary documents as she washed the carpet she was all ready to escape. When hanging the carpet she intentionally let it fall so as she’s be asked to go for it then she’d escape. Unfortunately things didn’t favor her. She of course got a serious beating for that and the woman instead asked her child to go get the carpet.

Tough luck. She however knew once the door was open she would jet out of there like a rocket which she actually did. She ran for her dear life made it out of the gate and just kept going.

By then the woman was following her with her car. Since the only place she knew was the agency offices she ran there. She managed to lose the woman and went to the agency with the hopes that they’d help her. She was badly injured from all the physical abuse inflicted on her and needed urgent medical attention and she was taken to hospital as a result.

While at the hospital the agency called the family and informed them they had the girl and told them where to find her🤦🏿‍♂️🤦🏿‍♂️🤦🏿‍♂️It was back to zero progress she stayed there for an additional 2 days before being discharged and the family was there to take her home. What awaited her was hell. For trying to escape she got a near death beating.

They ofcourse confiscated all her documents again this time far away. They themselves took her to hospital this time round since they feared she’d die in their hands. At the hospital she decided she was going to escape or atleast die trying.

She had stomached enough pain and torture. She awaited ideal time and successfully escaped from the hospital. This time round she wasn’t going to run to the agency as she had known better. She decided to go to the Kenyan embassy for help even though she didn’t know it’s location she’d ask and get there no matter what. Her determination bore fruits as she finally got to the embassy

At least she knew there she’d be safe. There she met other girls who had escaped abusive homes just like her. Not only Kenyans. I’m guessing they couldn’t contact their respective embassies most were Nigerians.

Atleast there she was safe only problem was she didn’t have necessary travel documents. The embassy had to pull strings to try get her back home safely. Only option was to deport her in a luggage plane

And so it happened she borrowed a phone and explained what had happened and how she escaped and time she would be landing back. She was put on a cargo plane and deported back to Kenya but she didn’t mind as long as she had escaped the torture. She had missed her mum dearly and all she wanted was to go back home.

She arrived back safely and she was driven back home to her mum and 2 year old son. She regrets ever abandoning them to chase the overseas dream that never was. She put all that behind her and is slowly rebuilding her life happy to be home and alive.