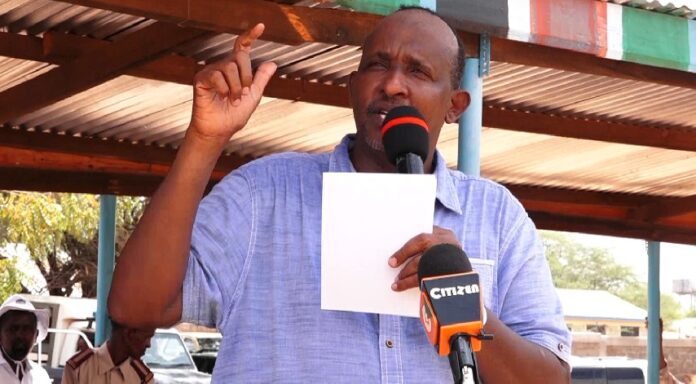 The TangaTanga brigade, which is Allie with the Deputy President William Ruto have protested against plans to extend the 2022 issuing fresh details.

This is after a report about plans by a section of Member of Parliaments led by Ndaragwa’s Mp Jeremiah Kioni to demand a postponement of the 2022 general elections.DP Ruto allies have protested against the motion condemning the move.

Led by Garissa member of Parliament Mr. Aden Duale, the allies have informed that they will not allow the MPs to pursue their course and that the next general election must take place as planned, as reported by the star news paper.

“Kioni and his team can try anything else but postponing of the general election, whether through the BBI or whatever it is, will never happen. The next general election will take place on August 9, 2022,” Aden Duale

The former National Assembly Majority Whip has added that every Kenyan has a right to elect their leaders after every five years stating that “Kioni and his team are driving on a superhighway at a super speed and they will crash.”

Aden Duale’s statement has also been supported by Tharaka-nithi Senator Kithure Kindiki and who has informed that they won’t allow such to happen.

Deputy President William Ruto was recent on record informing that those leaders pushing for an extension of the dates for the 2022 General elections whether for BBI or any other matter, are speaking the “language of impunity”.

This is What TangaTanga’s Juja By Election Candidate Is Accused Of...