Safaricom CEO peter Ndegwa has made it clear that Safaricom has put on hold plans of launching the 5g internet connectivity, instead the telco will focus on growing its 4g connectivity.  We have tested the 5G network in this country, we will go through conversations around the spectrum with government in the background. but in terms of immediacy , we are not intending at this stage to go big on 5G in the near term,’ said MR Ndegwa ‘ there is still so much headroom for us to exploit and fully utilize 4G before we go into 5G.’

The firm was prepared to launch the 5g superfast network this month in major urban areas in Kenya, the firms retreat comes in the midst of the global race to roll out 5G network as US pressures its allies to end ties with Huawei a Chinese based firm due to security reasons. Safaricom 5G network was being built by Huawei.

The stand-off between Huawei and US  intensified when Trumps administration  declared a national emergency and issued an executive order banning American companies from using any technology that can pose a threat of espionage (Cyber espionage is a form of cyber-attack that steals classified, sensitive data or intellectual property to gain an advantage over a competitive company or government entity) the first foreign company that was included in this blacklist was Huawei, which was accused of acting on behalf of the Chinese government to undermine US national security 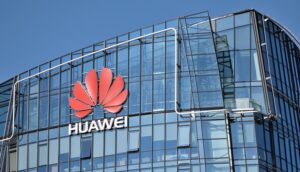 Huawei is the largest telecommunications provider in many Africa countries like Kenya and over the years it has built more than 50% of the continents 4G network, experts warn that Africa will be the most affected by this technological battle for supremacy since China Huawei has partnered with many African countries on smart city projects like the one with a deal with the Kenyan government in April to build a $175 million data center at the Konza technocity.on the other hand it is in the best interest of African  countries  to remain on the good side of google since the company is investing   heavily  on developing  Africa’s  future  artificial intelligence.

Secret Tip! Use Of Crypto-Currencies In The Online Online Gambling Industry

Fans Reactions After Samidoh Was Spotted With Another Woman, Days After...

Get To Know The Top 6 Highest Paying Professionals In Kenya