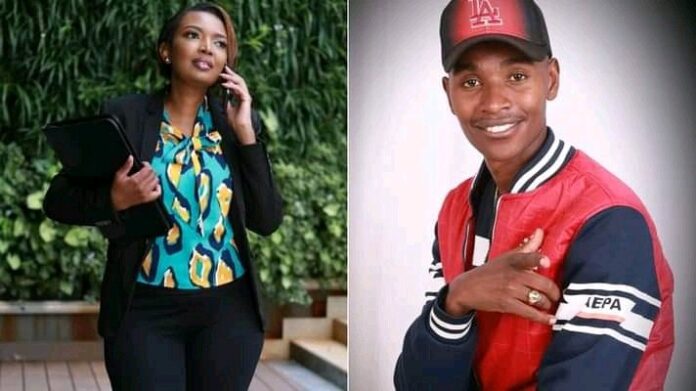 Karen Nyamu has revealed how  Samuel Muchoki aka Samidoh reacted to her new pregnancy.

She admits that he fell in love with Samidoh on their first meeting.

As for his wife Eddah, Nyamu insinuates that itabidi azoee because in her words,

“His wife by now knows that I have no intentions of coming between them.”

The Nairobi Woman Rep aspirant comprehends that Samidoh will never leave his family for her.

”People call me husband snatcher but I know him well, he cannot leave his family.”

But Samidoh is not willing to leave him either and has gotten her pregnant again.

Speaking to Jeff Kuria, Karen said the news of the pregnancy came as a shock to her. She was stressed for two months after the test turned positive.

”My son is 10 months now; it’s been amazing seeing them grow. This current pregnancy was unplanned,” she said.

”I got a test kit and tested from the toilet just to confirm since I had missed my periods and I felt stupid since it was not planned for and bearing in mind we are headed to campaign season, it was a surprise and I got so stressed. I did not want to believe it. I mean the timing was bad.”

”With my two other children, I got so excited about the pregnancy, but this one I was stressed. The excitement came after my first scan. It is now a good thing.”

About how she broke the news to her baby daddy, Karen said, she waited until he visited her.

”He left it for me to decide what I want but so far, I can tell he is okay.”

Uhuru Ruto Secret Meeting That The TangaTanga Brigade Is Unaware off