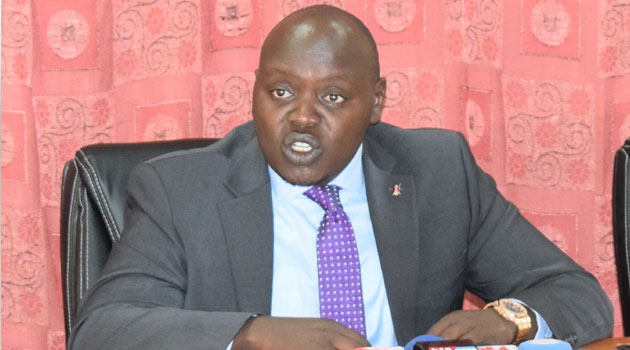 Nandi Senator Samson Cherargei has compared the reign of Tanzania’s President Samia Suluhu to what will be the reign of deputy president William Ruto if he gets elected as the president in the next general election 2022.

Speaking on citizen TV Day break this morning, Senetor Samson Said that if elected, William Ruto will do much more than what President Suluhu is delivering.

“God willing, if Dp William Ruto becomes 5th president of Kenya, I can tell you, as he has worked from the Ministry to level of Deputy President, we will then see much more from him, more than Pres. Suluhu,” he stated.

Sen believes that Tanzania’s pulling party Chama Cha Mapinduzi (CCM) is very strong, and it that it seemed like when President Suluhu was in the background she noticed a lot of things. She noticed you do not need to strangle tax payers, it is possible to have good business working environment.

Senator Cheragei also defended the deputy president early campaigning saying that he wasn’t even campaigning in the first place because he didn’t have branded Tshirts on. He further stated that the Deputy president hasn’t abandoned his responsibilities.

“All politicians have their ambitions, campaigning does not mean you have abandoned your responsibilities. DP Ruto is not campaigning, when you campaign you wear branded tshirts & give posters. Gov. mutual should wait for State House endorsement.”

Bishop Muriithi Admits To Siring A Kid Out Of Wedlock, See...