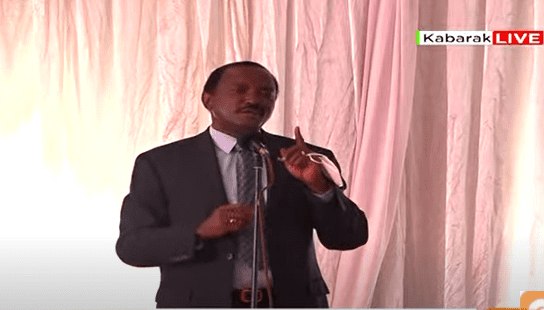 Kalonzo who was speaking at a remembrance service in Kabarak to mark one year since the late retired president Moi passed on, apologised to President Uhuru Kenyatta for the insults spewed at him by his fellow clansman and former Nairobi Governor Mike Sonko, vowing to take him under his wings.

He then commended Uhuru for his Patience with Sonko and showing his big heart.

Akimaliza these episodes, we will yet mentor him. But you have shown great heart, kwa hivo usiyashikilie haya maneno, because we have to build this nation. We will mentor him.”

Kalonzo has also promised to work with Baringo Senator Gideon Moi due to the love, courtesy and respect his late father, Mzee Moi, extended to him under his government.

Jalang’o Opens Up As To Why He Has Never Hosted Blogger...