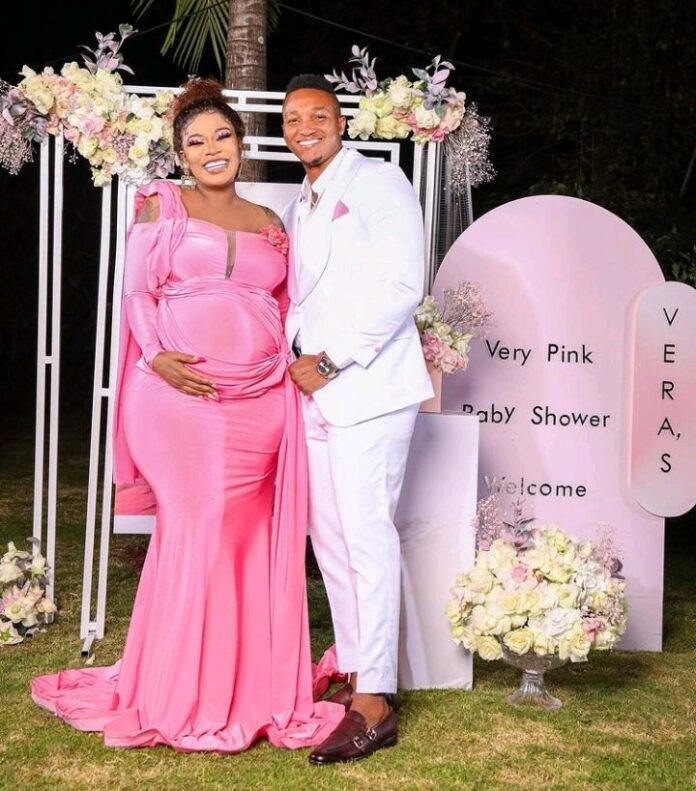 Vera Sidika has taken it to social media to rant hours after the baby shower.

Vera Kenyan public figure. She is a media personality, video vixen, entrepreneur, and socialite. She was born and raised in Mombasa. Vera gained attention when she appeared in P-Unit’s single, “You Guy” back in 2012.

She and her husband Brown Mauzo are expecting their firstborn daughter in a few days. In preparation, they held a high-end baby shower to make the pregnancy memorable.

However, seems some people were not impressed with the fact that they didn’t see a feast. They claimed that she kept her guests waiting for food that never arrived. This annoyed her hence the social media rant. She claimed confused poor people were the ones always pointing figures at her. She went ahead to inform them that rich people don’t attend parties for food and also took it upon herself to explain to them that plates and cutlery can be decorations too.

This did not sit well with Kenyans and Edgar Obare’s students who came out to expose that people contributed to the budget the baby shower thing.

Netizens have been angered by Vera’s rant. Seems like she has forgotten where she came from. What has bed sitter people got to do with anything. Anyway kindly follow us for more juicy gossips