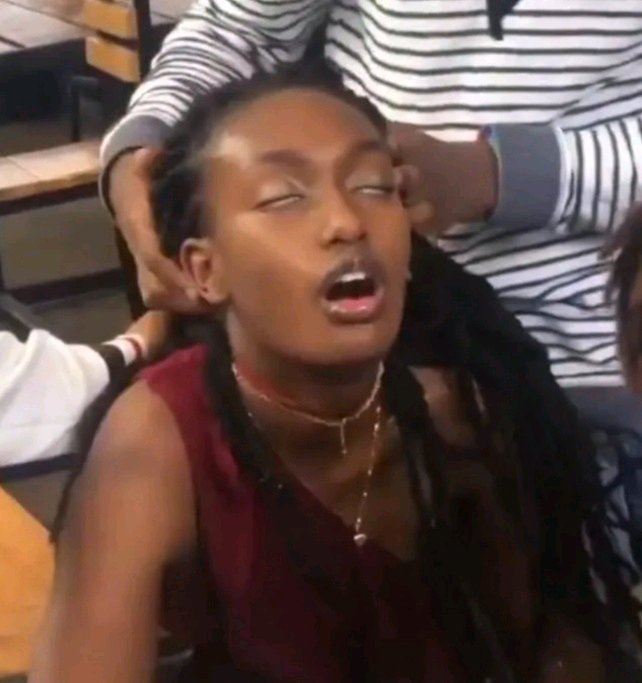 As the East Africa Breweries limited (EABL) always say,excessive consumption of alcohol is harmful to our health.
However it is very unfortunate that many young people engage in such acts due to peer pressure.

In regard to the viral video of a young girl gulping a bottle of gilbeys gin to impress her friends on her birthday,EABL has finally responded to the incident.

In a statement shared by gilbeys Kenya on Instagram, EABL has warned their consumers against binge drinking citing it as dangerous and unsafe.

According to EABL, excessive drinking is harmful to everyone’s health and they do not approve such an act.

However, they acknowledged the fact that people are socializing with friends and family over drinks hence urging Kenyans to drink responsibly and look out for each other while partying.

EABL further noted that the act portrayed by the lady in the viral video did not represent the responsible campaigns and information displayed on their packaging hence advising Kenyans against excessive drinking.

However, the lady was recorded having a convulsions some minutes after, something that caused public uproar as many condemned her friends for encouraging her to drink hence prompting EABL to clear the air. 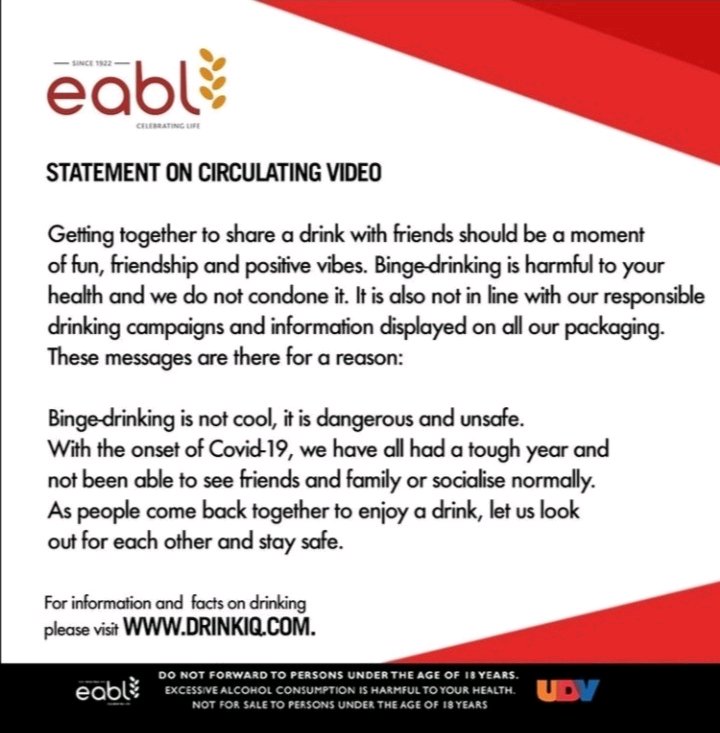