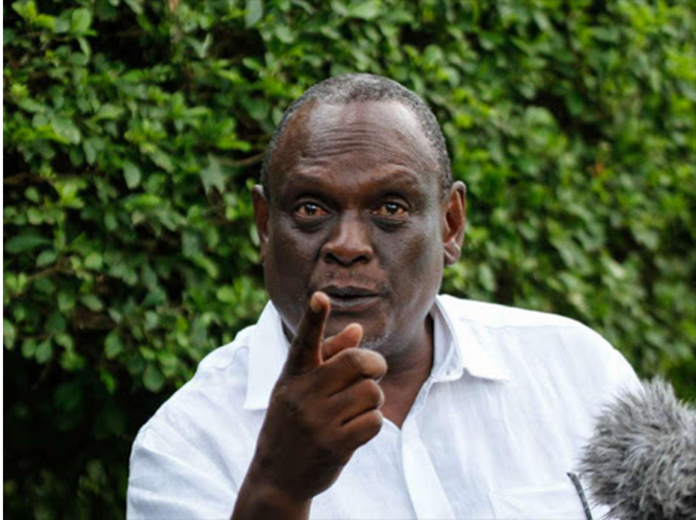 The 2022 general elections are barely just 12 months away and politicians from different areas trying to strategize on the way forward.

With President Uhuru Kenyatta’s term coming to an end in the next few months, Many have shown interest in succeeding.

The succession battle is mainly between the Orange Democratic party leader of Raila Odinga and Deputy President William Ruto.

The two leaders are expected to offer healthy competition next year in the ballot box. As for the ODM Party leader, his team has been busy crafting a 2022 working pact with the Jubilee party.

Raila Odinga is currently in Dubai where he is reportedly drawing a working strategy ahead of the polls.

New reports have now emerged on the major demand That Raila and his team have given to Jubilee before they agree to work together.

Jubilee vice chairman David Muradhe has now revealed that the ODM side have demanded that Jubilee reorganizes itself by removing all bad weeds before they can walk into a political agreement.

Murathetold the Daily Nation newspaper that his party is making plans to revamp the party and give it a new identity. He also revealed as part of the reorganization, the party will conduct fresh nominations in all levels to get rid of UDA weeds.

5 Grave Mistakes That Could Cost Ruto The Presidency