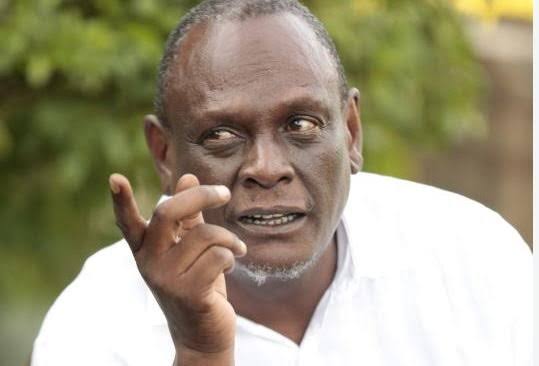 Appearing during the health parliamentary committee on Thursday, David Murathe has even threatened to play a video clip and Audio Clip that shows how allies of Deputy President William Ruto gained the signatures of the Kilig Limited during the procurement of the kshs 4.5 billion tender last year.

“Hey! Hey! Dear friends, wacheni Kunipea Pressure bure. I have zero shares in Kilig Limited. With Me, I have concrete evidence that shows that the company is owned by William Ruto and his supporters. Niko na Video and Audio clips ziko hapa, they (Ruto’s supporters) and her wife planned on how to throw the blame on me and I won’t allow people to sacrifice me,” Murathe said.

But in a quick Rejoinder, the health committee led by Ledama Ole Kina ganged up against Murathe after asking him to verify what he said last week when he sent a letter that admitted that he indeed was involved in the procurement of Covid-19 materials irregularly.

He in turn pinned the scandal on DP Ruto some more saying, “Killig supplied samples, there was no personal benefit to me. I am not aware that Ksh. 4 Billion to supply PPE’s was the entire budget. There issues with vaccines, health workers are on strike, as Parliament you should be helping this country deal with the pandemic.”

Akothee Pens Down A Love Letter To Her Future Husband