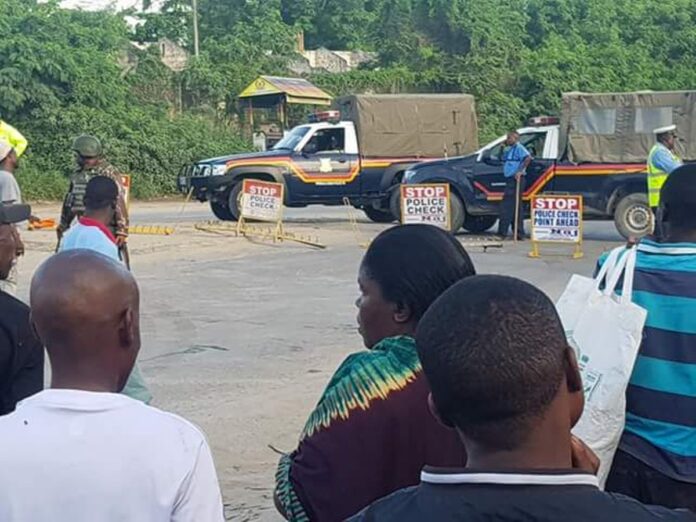 Three people were killed in a fatal road accident early Thursday in Changamwe.
Regional Traffic Enforcement Officer Coastal Region Peter Maina confirmed the 7.a.m. accident, stating that a 14-seater Matatu traveling from Makupa to Changamwe lost control, veered off the road, and collided with a lorry traveling to Mombasa.

“Today, around 7.30 a.m., a 14-seater matatu from Makupa lost control and rolled onto the other side of the road and into oncoming traffic, colliding with a lorry, a canter, and we lost three people,” Regional Traffic Enforcement Officer Coastal Region Peter Maina said on Thursday.

The number of injured remains unknown, with the traffic chief stating that an investigation is underway to determine the cause of the accident and casualties.

“We do not know the exact number of those injured, nor do we know the cause of the accident; investigations are ongoing, and we will be able to provide more information as soon as we know,” he added

According to Asunga Reuben, the lorry’s turn boy, they were on their way to Mombasa from Nairobi when they noticed the ill-fated matatu toppling from the flyover at high speed.

“We were speeding when we saw this matatu falling from the flyover; it was moving too fast for us to brake because we would have gone into the ocean,” Asunga explained to Citizen Digital.

The lorry driver described the accident, saying he saw three people thrown out of the rolling matatu before the crash