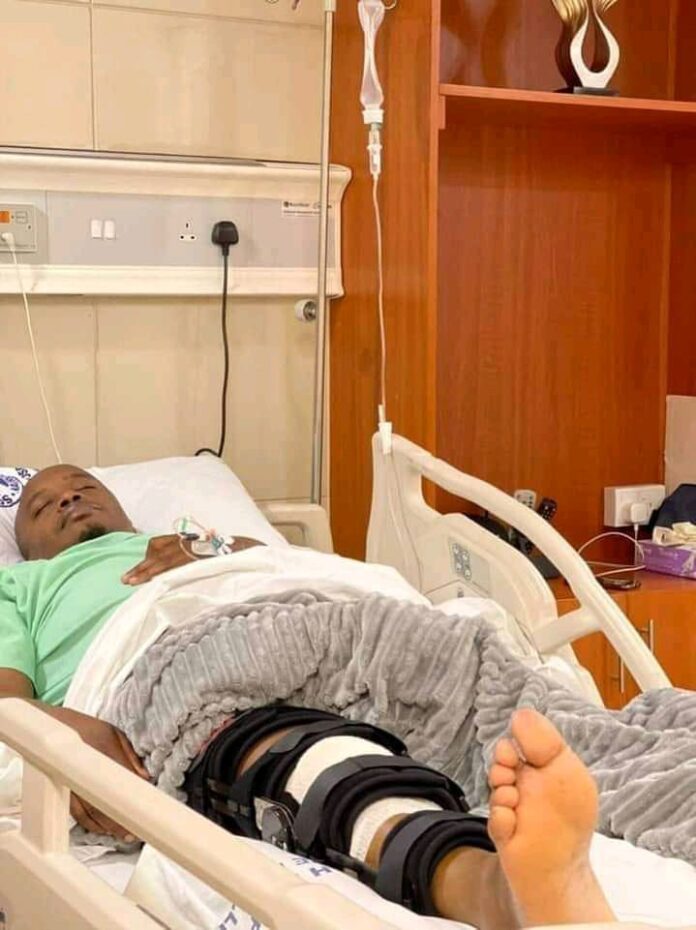 Starehe Constituency Member of Parliament Honourable Charles Kanyi better known to his fans as Jaguar has finally disclosed that police officers are the ones who led to the current hospitalization.

While disclosing details from his hospital bed, he has noted that it is the police officers who hit his leg with a teargas cannister which has led to the problem he is going through.

Speaking to the standard, Jaguar revealed that it is on the sane day that he broke his ankle and was treated at the Karen hospital in Nairobi but the knee would become worse later on.

“Last Friday on June 25, the pain was at its peak! The condition also affected my nervous system. As a result, I temporarily lost vision,” Jaguar said

“It was then that I said: ‘no, I can’t continue seeking run-of-the-mill treatment, let me visit the hospital for proper check-up and treatment’,” added the MP.

The Member of Parliament has Since undergone some surgery on his knee after doctors at the MP Shah hospital in Nairobi found that his knee cartilage had been affected adversely.

Some of his friends in the music industry had said that he had just undergone a minor operation.

“We expect him to be out of hospital soon. Doctors have advised that he be put on adequate bed rest for a couple of days so his body may repair and heal. Certainly, he will still be able to deliver his duties for the people of Starehe.”