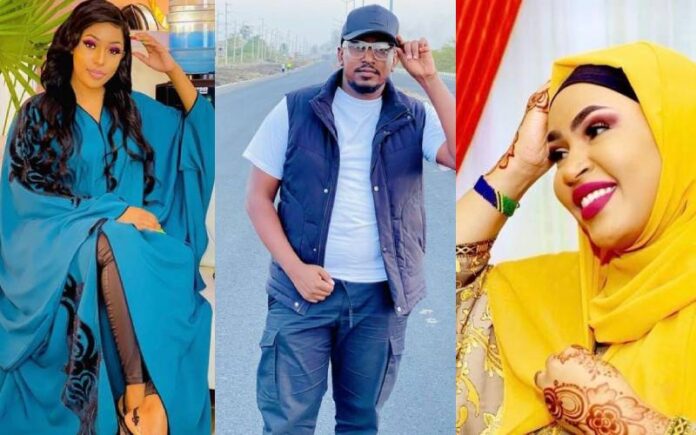 Kenyan business mogul Jamal Marlow Rohosafi has been trending since last night after his two wives got into a nasty drama.

Socialite Faith Makau who is popularly known as Amber Ray has been in a confrontation with the first wife to Jamal, Amira.

According to the videos circulating online , Amira stated that Jamal came home with Amber Ray and while at the gate, he called her.

Since they live close to each other, a confrontation started and all that could be heard was a war of words between the two.

Amber Ray did not want Amira to get close and argued that since she is the second wife, she will not allow herself to be used.

Amira on the other hand did not throw any shades at Amber but blamed Jamal for calling her out.

”Me I blame Jamal, not her… Jamal ndio ameleta hii mambo yote.” Amira is heard stating in the video.

Former Nairobi Governor Mike Mbuvi alias Sonko was not left out as he chipped in to ask what is happening between the two.

From The City To The Village -Teacher Kilunda Former Tahidi High...

Raila To Step Aside And Let Kalonzo To Work With The...