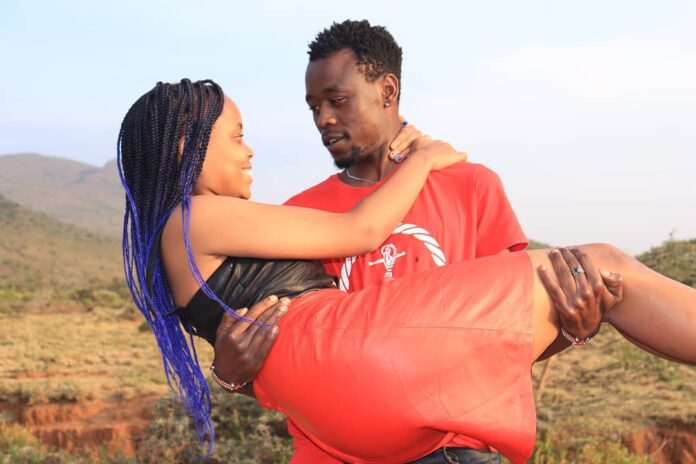 The internet is breaking down and empathizing with Lexy yung days after he made a sad video explaining the occurrences that led to him losing his unborn baby. Lexy yung in a very short video explains how in a few hours his hopes of going home with a baby wrapped in his arms was crushed.

With teary eyes he narrates how his expectant wife went into labor and he took her to hospital only to be told that she was due but not fully dilated and therefore she was supposed to be admitted and be kept under observation.

He left her in hospital and went back home to prepare baby stuff,shawls wipes etc and come back the next day. On arrival the next day he was informed that his wife was in the delivery room and he even confirmed with her roommate and she assured him that everything was fine.

Fast forward a few hours later when he was told that something was wrong and they needed to go to the neighboring hospital to get the CT scans taken. On arrival they were told to wait for the doctor to arrive . However during the short trip to the hospital his wife’s water had broken and she was now profusely bleeding.

It is after the CT scan was taken that his world shattered,The once alive baby was dead and the doctors tasked him with the duty of breaking the news to his wife . On trying to investigate further he alleges that his baby did not die of natural causes since apparently his wife had been injected in a bid to break her water but instead the person administering the injection had got to the baby.

The huge time they were kept waiting was also an aiding factor since maybe if they had realized early enough an emergency procedure could have been performed and the baby rescued.

This is just one case but is a sad example of what mothers and fathers alike go through each day in the labor ward. Sheer carelessness and ignorance on the part of nurses and doctors who are ever so cold have led to many deaths including those of the mothers.

Sadly enough despite him having posted this video four days ago ,almost no action has been taken with people not even knowing such an incident happened. The claims in this video are so strong and so hurting that if they are True this matter needs to be investigated very quickly and the culprits brought to book.

It is sad that all the top bloggers are focusing on gossip instead of such stories that would actually help not only him but prevent such situations from happening again in our hospitals.

Comedian Mammito Shocks Her Fans After Revealing The Reasons She Doesn’t...

Musician Kush Tracey Bashes A Fan Who Asked Her This