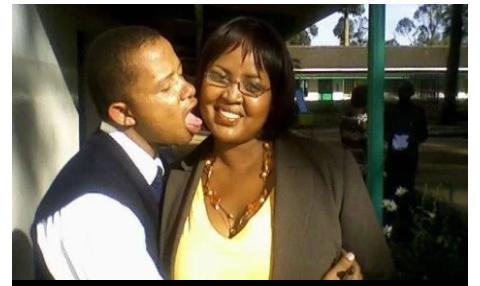 Former Tahidi high Actress Angel Waruinge, popularly known by her stage name as Miss Morgan, has opened up about her baby daddy and life as a single mother.

As reporterd by Nairobi News, Mrs Morgan said that her baby daddy asked for a DNA test to prove that he was the biological daughter to her 8year old girl.

“I tried to follow the law, but it got to a point where I gave up and said I was not going to force him to be in his daughter’s life. I went to court, and he asked for DNA. It came back 99.9 percent of him,” she said.

Miss Morgan, who made her name in the TV show Tahidi High, has been living as a single mother for about 8 years old. She says that she gave up on the legal long battle between her and the baby daddy

Morgan says she has a man figure in her daughter’s life, and that is all that matters.

The identity of the baby daddy is yet to be revealed as Mrs Morgan stated he’s not a public figure.

“He comes from a royal family. I tried to follow the law but it got to a point where I gave up and said I was not going to force him to be in his daughter life. I went to court and he asked for a DNA. Can you imagine, ikakuja 99.9 percent him. Its okay but acha imkule.”

Bien Reveals That His Wife Is Free To Have Sex With...