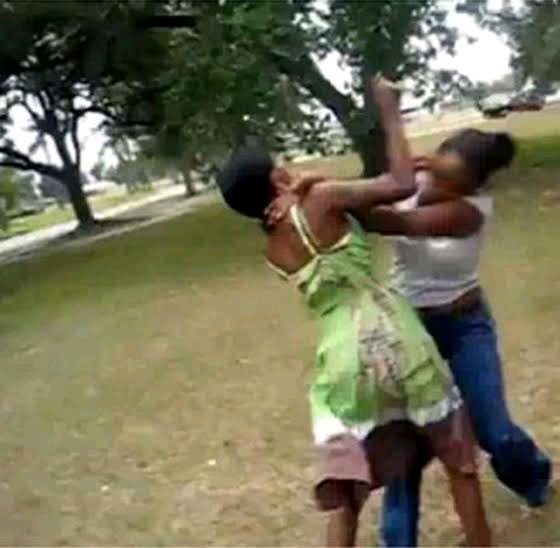 Kenya daily publication Taifa Leo, today published a story of a lady from Kileleshwa, Nairobi county,who fought her mother for having an affair with her boyfriend.

According to Taifa Leo,the mother was eyeing her daughter’s lover and on the material ,they were caught in an awkward situation in the house,and that is when a fight erupted.

The daughter revealed that it was not the first time her mother was snatching away her boyfriends from her,and swore not to allow her do this time round.

“I won’t surrender my boyfriend to you,what kind of a mother are you?Last year I brought a white man at home and you went ahead to snatch him from me,am tired and today you will know what am made of”Said the daughter ( translated from Swahili)

It was reported that the daughter,met her lover while in school and went ahead to tell her mum how good the man was, something that prompted the mother to tell her to invite the man to their home.

The day her daughter brought the man home,the mother who was attracted to the future son in law,went ahead to pick his phone number.She later seduced him using her financial might until they entered into a relationship.

The fight between the two escalated ,until it attracted the neighbors who come to witness a free drama,in the meantime the man who was in the house at the time of the fight disappeared into the thin air.