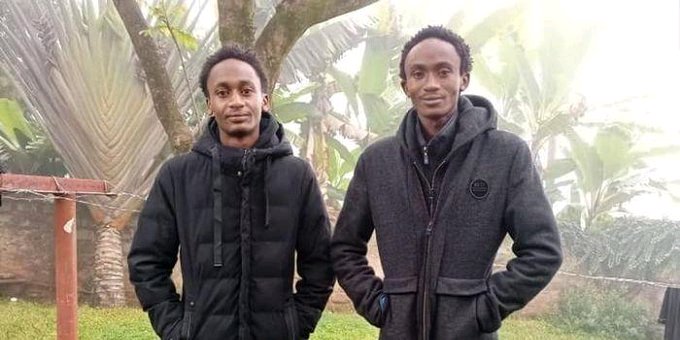 The death of the two Kianjokoma brothers from Kiambu has taken another turn as eye witness spills the beans on the cause of their death.

The two brothers who were allegedly caught in the night past curfew hours were brutally beaten by the police resulting into their death.

As their bodies are set to be laid to rest Friday, eye witness have come out and explain what happened in that fateful day. The witness are also said to had been hiding in escape of the police wrath but they managed to see what was going on.

According to reports on Tuesday, the witness revealed that Mutura was the first person to be caught by the police. He was hit with an object which left him unconscious on the ground later his brother Benson Ndigwa went to rescue his brother but he also ended up being hit and arrested too.

The police allegedly claimed that the young men were trying to escape the police radar and as a result they decided to jump out of the police car.

Their claims were shut down after the government pathologist conducted an autopsy which revealed that they were killed by injuries caused by blunt objects.

Dp Ruto Finally Reveals What He Whispered To The President During...