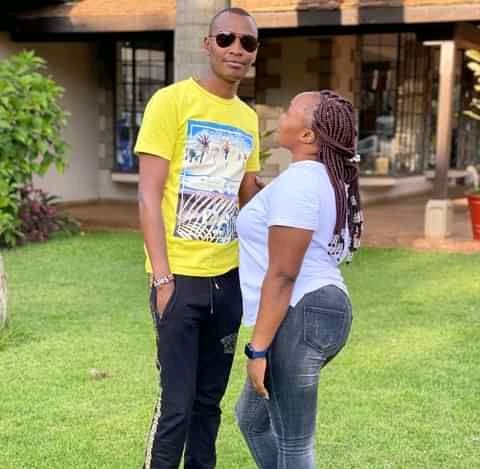 Yesterday night, singer Samidoh was exposed by his lover and baby momma Karen Nyamu. On her Instagram, Nyamu Accussed him of beating her thoroughly accusing her of cheating despite the fact that she is 3 months pregnant for him.

Karen stated that Samidoh stormed into her house at night, assaulted her and even pulled her hair.

Nyamu accused the musician of punching her in the face and destroying her iPhone 12 pro max which retails for Sh150,000.

“He has just come to my house and beat me up so badly threatening to kill me and go to Kamiti,” She said in the live video
Nyamu said she would file a police report and take Samidoh to court despite it being the first time he has laid his hands on her.

And now, Samidoh has been exposed again for beating his wife in the past.

According to a distant niece to Samidoh’s wife Edith, she revealed that when Samidoh and Karen’s affair came out, she moved out.

Her mum went to visit her and Samidoh’s daughter confessed that Samidoh had been beating their mum infront of them.

At the time, Samidoh’s daughter said that she hated him so much for that.

Edith revealed that she could not leave him because he threatened her that he would still find her and can’t keep his kids away from him.

A while after the drama, Samidoh visited his wife’s elders to apologize and even bought a car for her.

Here’s the screenshot from Edgar Obare; 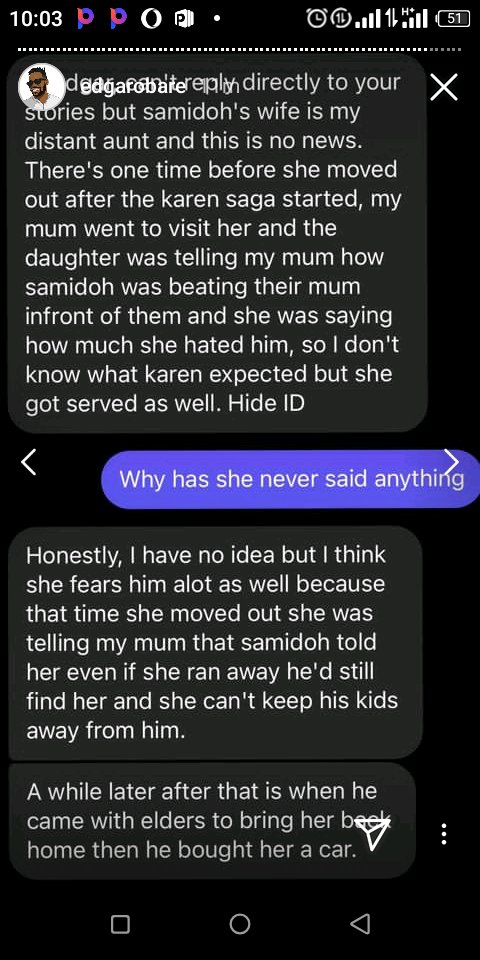 For how long will this man keep embarrassing his wife? Follow us on Twitter or turn on your notification bell for more news