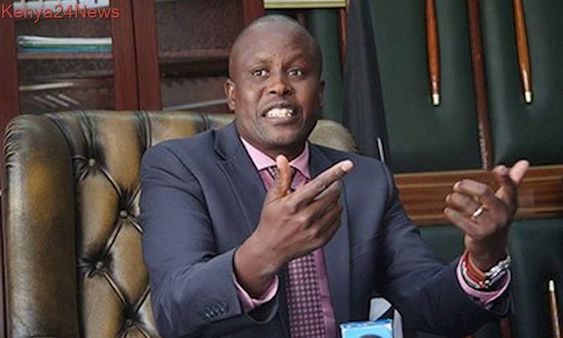 In an interview in Inooro Tv this morning, Kanini Kega, informed that he is not aware of any plans by the Jubilee Party to form an alliance with the ODM adding that all that Raphael Tuju, Murathe, and the team are doing are sideshows.

“The reports about Jubilee forming an alliance with the ODM party are just rumors and dreams that will never work,” Kanini Kega has said.

The Kieni MP has alleged that what is happening is a demolition of the Jubilee House from critics cautioning the Kikuyus not to allow their political party to disappear in the thick air.

Kanini Kega has warned the Kikuyu’s about being brokered politically informing that what Deputy President William Ruto and his allies are doing is to incite the people of Mt Kenya region to burn their National political party so that they will have no place to call home come the year 2022.

“The Kikuyu’s are being incited to burn their Jubilee house. Soon they will regret if they allow it to happen,” Kanini Kega has said.

“The Kikuyu’s will one day regret telling President Uhuru to finish his term and go home. Kikuyu’s seem to be a thankless people,” he added.

Man Who Blocked The President’s Motorcade Reveals His Reasons And What...