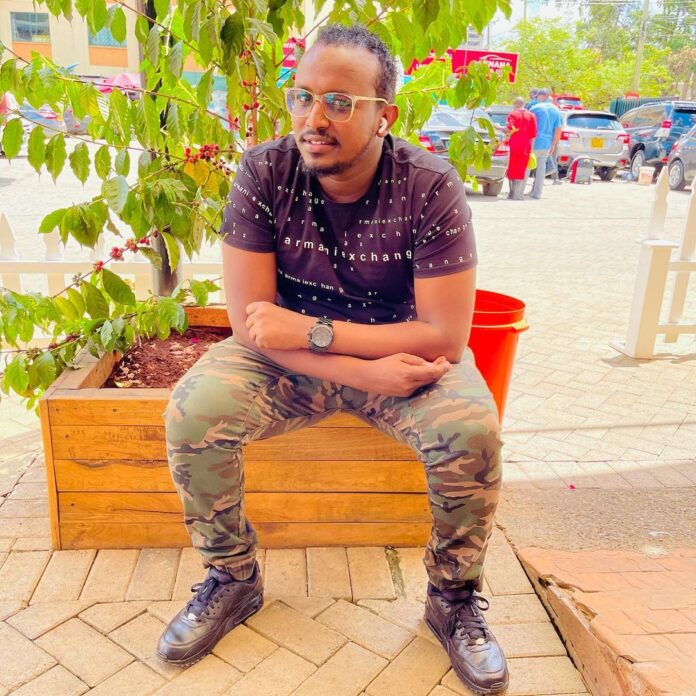 Few days after the scandal that left all social media in laws as they like to call themselves thirsty and wanting more information between Amira, Amber Ray and Jimal Rohosafi, Jalang’o tracked him down and held an interview with Jalango tv in which , Jimal Rohosafi explained his backstory

Jimal started his matatu business with just one matatu that he purchased with his school fee that was supposed to pay for his aviation course since his mother wanted him to be a pilot.

During the implementation of michuki rules,the entire matatu business was slow to accept change and he was quick to register his sacco telaviv, that later absorbed Over sixty matatus which he charged five hundred shillings daily ,and that was his beginning to wealth.

The matatu mogul says the simplest way to get rich is by taking advantage of a crisis and solving people’s problems. he went ahead to say that during the beginning of the corona pandemic he went ahead and imported masks before the market got flooded and sold them and made a huge profit margin.

Recently, he is importing vaccines for the corona virus since the ones the government has procured can not sustain the entire number of kenyans.

he has come out to strongly oppose the notion that he participates in wash wash business and says that he has gotten to where he has by saving, spending wisely and investing well.

His advice in you get generation is to invest in technology, he says he himself is a partner in Ajira website in the Uber category where he earns about three hundred shillings in each enrollment to the Uber service.