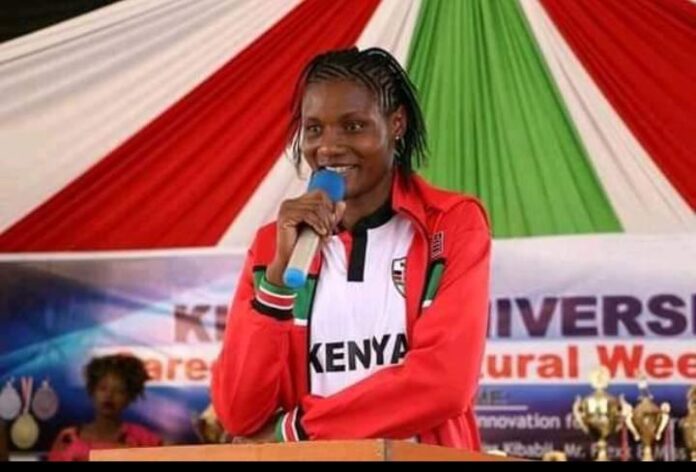 Kenyas flag is flying high in the sport department and this time not in track but something totally different. Faith Ogallo a student from Kibabii university won a bronze award in the African Tae Kwon do championship games that are ongoing in Senegal.

Faith who was formerly an excellent basketball player was introduced to Taekwondo by her coach Jack who doubles as her mentor. 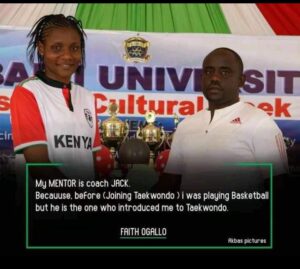 Faith has nothing but praises and good words towards the kibabii University lead coach, Coach Jack emphasizing that was it not for him, she would never have made it this far. She emphasizes on handwork and determination saying this is the only reason she has made it this far .

The third year student has made it past all the hurdles on her way and flown not only the Kibabii University flag but also the Kenyan flag higher than ever before. In addition to that she baggged ksh. 3.5M.

In a Twitter post Hon. Amina Mohammed congratulated her saying, “Well done Faith Ogallo and Mary for Winning bronze in the ongoing 2021 championships in Dakar Senegal.

How To Apply For Certificate Of Good Conduct On E-Citizen