Joey Muthengi is a famous Kenyan media personality and an actress who has been in the media industry for a very long time. She is known for being the former co-host of a popular Citizen TV programme called ’10 over 10′ with celebritiy Willis Raburu, and prior to that she also had a 4- year stint at Capital FM radio station.

She worked at the station from the year 2009 to 2013 where she hosted the famous show dubbed ‘ Hits Not Homework’ before later moving to the Royal Media Services- owned radio station then thereafter quitting in 2018. 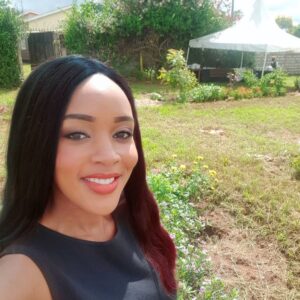 This is after she had problems with her own employer due to the advertisement that she did earlier that year with the betting company know as Betin. Joey Muthengi indeed has an illustrious career in the media that spans for about 10 years and within this period, she served as the first ever Kenyan video jockey (VJ) for the famous South- African based music channel ‘ Channel O’.

She has also previously featured as an actress in the great hit series ‘ Changing Times’ which aired at KTN from the years 2010- 2012 and also the drama series ‘ Prem’ that used to air only on DSTV.

Aside from her great admirable career Joey Muthengi is a ravishing queen and is not one to shy away from flaunting her pretty and gorgeous looks online. 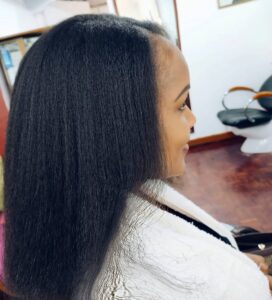 She has on many occasions done so on her many social media platforms which undoubtedly leaves many admiring her great looks, and today again it was no different as she took to her Instagram page to flaunt her new lovely long hair.

The former ‘ 10 over 10’ show host posted a photo where she was presumably in the salon and without a doubt her lustrous long black hair was very admirable.

She accompanied the post with a short caption saying ” Underneath it all” From the photo it is clear that her hair was so long that it almost went below her own shoulders, and this elicited reactions online from netizens who were amazed. 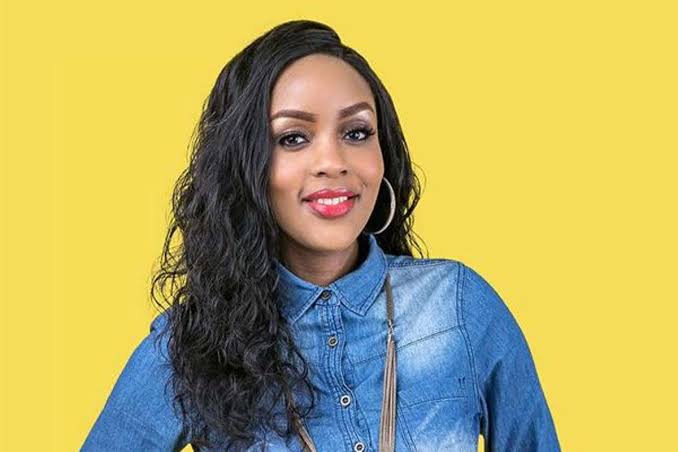