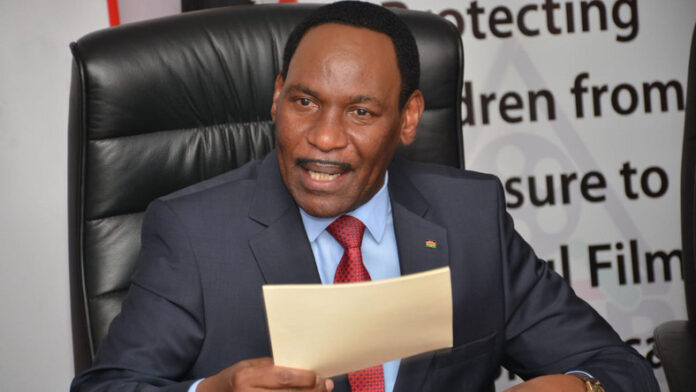 One day after Comedian Eric Omondi being arrested by the officers from the Directorate of Criminal Investigations (DCI), Dr. Ezekiel Mutua who is the C.E.O of Kenya Film Classification Board(KFCB) whose mission statement is to protect children from harmful content posted on his social media accounts this morning saying, “The intention of the war is not to harass artistes or stifle creativity but promote clean content”

The war is not against artistes or the youth. It's against dirty content. The intention is not to harass artistes or stifle creativity. The idea is to promote clean content and protect children against exposure to adult content!

Fans have reacted to the post in different ways others supporting his words will others claiming that the minister is over cheap publicity.

He was arrested for violating the provisions of the Films and Stage Plays Act Cap 222 of the Laws of Kenya by producing and distributing unauthorized films dubbed “Wife Material,” KFCB CEO said

The video that he shared via his Instagram captures the contestants exchanging blows to an extend of forcing police officers and stewards who were providing security at the club to intervene.