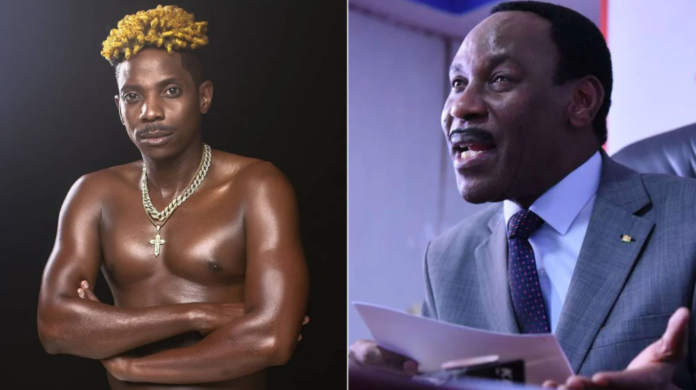 Entertainer and comedian Eric Omondi has been arrested by officers from the Directorate of Criminal Investigations (DCI).

“He was arrested for violating the provisions of the Films and Stage Plays Act Cap 222 of the Laws of Kenya by producing and distributing unauthorized films dubbed “Wife Material,” KFCB CEO said.

His, Wife Material Season 2 contestants were involved in a physical fight at a city club during his Birthday party on Wednesday Night.

The video that he shared via his Instagram captures the contestants exchanging blows to an extend of forcing police officers and stewards who were providing security at the club to intervene.

Mutua added that the Board will take all possible legal means to curb the production and exhibition of unauthorized films on any platform meant for public exhibition.

“Protection of children from exposure to harmful content remains our core mandate and any artist producing any content for public consumption must ensure that they comply with the provisions of the Films and Stage Plays Act Cap 222 of the Laws of Kenya,” said Mutua.

The comedian recently announced that season two of his show dabbed the ‘Wife material’ is in production.

It’s still not clear after how many seasons of this Wife material series is he going to find a wife.