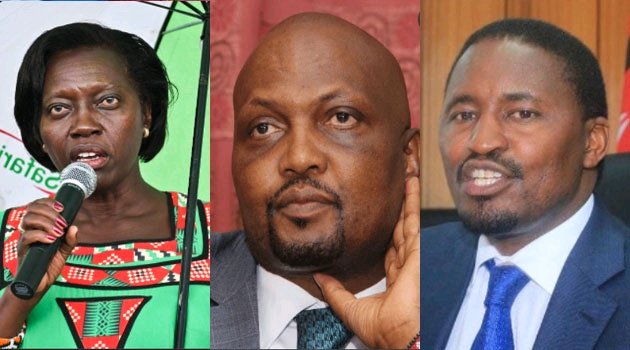 The three have become the centre of talks after they announced plans to unite the Mount Kenya region.

The three leaders, with Kiunjuri and Kuria being on DP Ruto’s side, said they wanted to unite the Mount Kenya region irrespective of party loyalty. The leaders also warned DP Ruto over calls to fold their parties so that they could join DP Ruto’s UDA party.

And now Embakasi North MP James Gakuya, who is an ally of DP Ruto, has exposed Kuria, Martha Karua and Mwangi Kiunjuri.

The MP said that the three leaders have no problem with DP Ruto whatsoever, but they are looking for food by threatening the DP with small tribal political parties.

The three leaders, especially Martha Karua and Mwangi Kiunjuri, have been meeting recently, with the last meeting being yesterday with some allies of President Uhuru like Sabina Chege, with the agenda being uniting the Mount Kenya region.