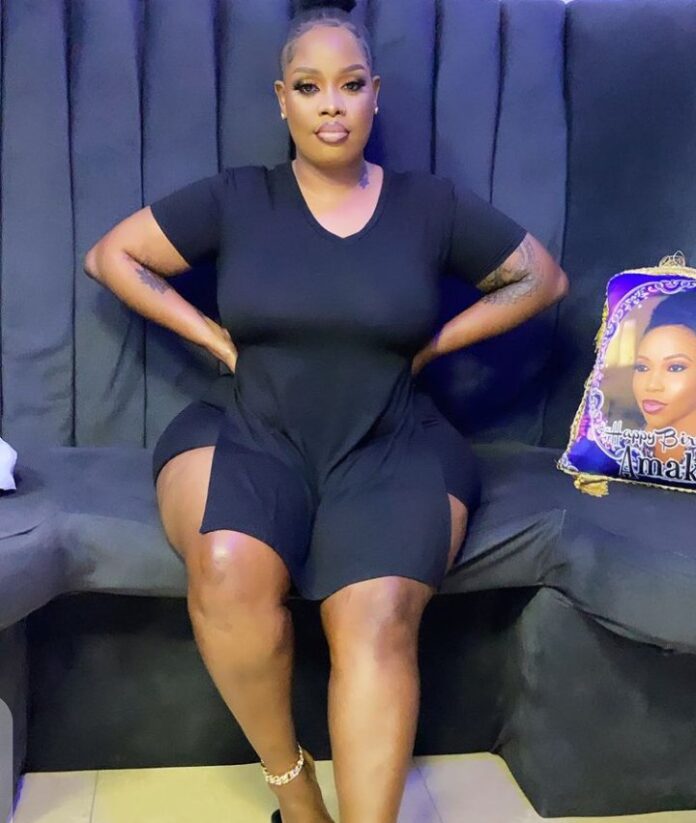 Bridget Achieng is a famous Kenyan socialite who has been trending on social media for the past three days after her naked video were shared all over social media.

The mother of one usually serves her fans with body goals and shows how she lives a rich lifestyle and so when her nudes were shared online, everyone was shocked at what they saw. She did not apparently look anything like what the fans are used to seeing online.

She accused a lady called Linda of sharing the videos where she was changing in front of a number of ladies and did not know that one of them had been recording her the whole time.

The lady explained that she had done so because Bridget had allegedly ruined her business. She also claimed that the socialite was lying about the kind of life she was living because she was allegedly doing prostitution in Nigeria and did not at all have any money on he

When Edgar Obare inquired about the same to Bridget, she denied saying that the lady only hated her for no reason and wanted to tarnish her name. Edgar though, still went ahead and shared the video, although he blurred it, and also shared what both parties had said.

Bridget is not having it, she’s sure that Edgar shared the video with his fellow bloggers and is now calling out to Ezekiel Mutua to help in giving blogger Edgar Obare some sort of punishment.

According to her, Edgar shared the video even after she pleaded with her not to. 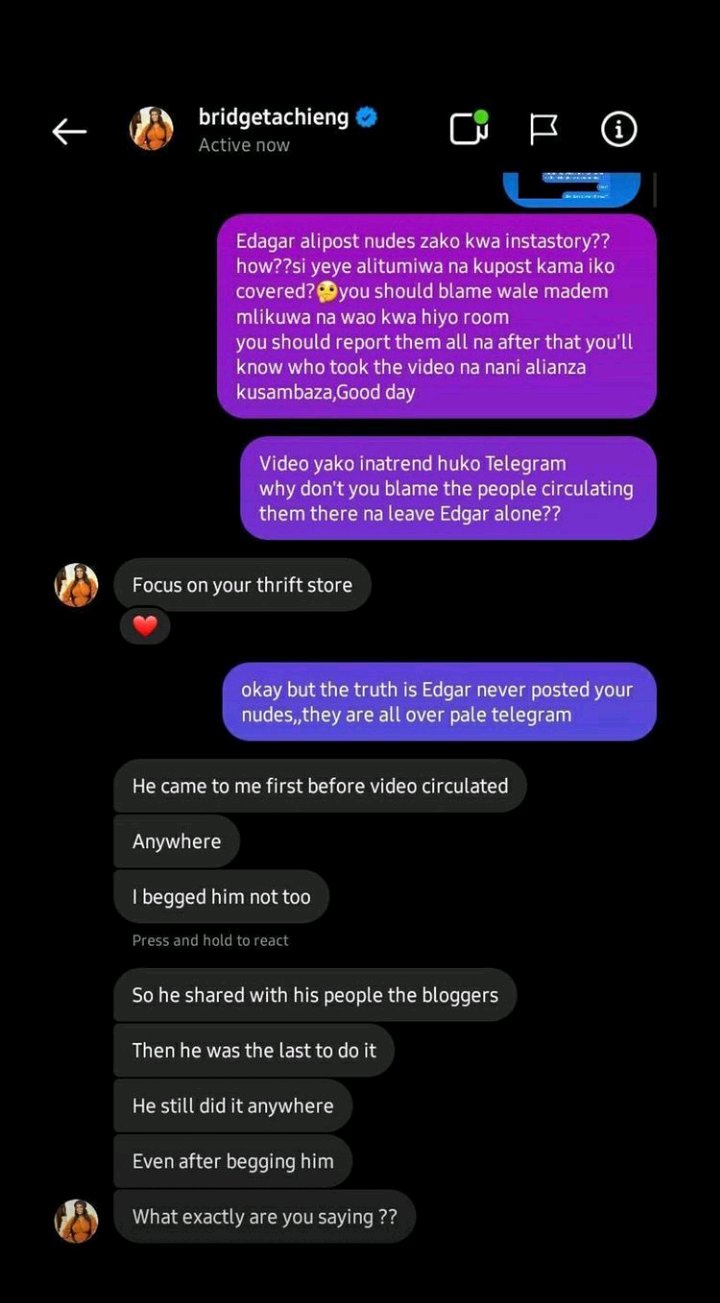