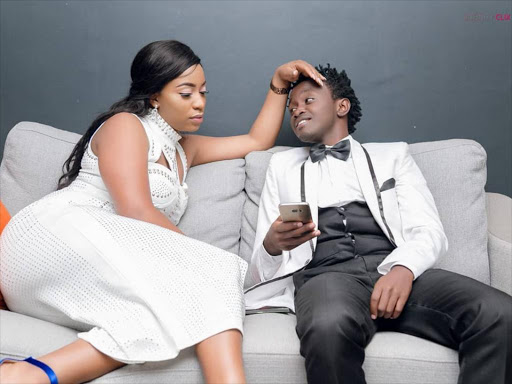 Diana Marua says she is not legally/traditionally married to the father of her two children, Kevin Kioko better know by his stage name Bahati.

Speaking during the launch of his new album , ‘Love Like This’ on the week that the ended, Diana said the reason they are not l married yet is that they want their kids to be able to understand when the two hold their wedding ceremony.

“We are not legally married but we are set to start our wedding plans very soon,” she proudly stated

” I just wanted my son to grow up to know and understand that my parents are actually walking down the aisle. But not this year but soon.”

The two have been living together for a while now and already have two babies together.

Diana said he does not see Bahati as a star, but as the father to her kids and a friend.

“When he has his low moment and so on. It is not something big to me. We are not there for the people, we are public figures but at the end of the day, we have our own family issues that we keep to ourselves.”

Otile Brown Throwing Shade At His Ethiopian Girlfriend, Have They Broken...