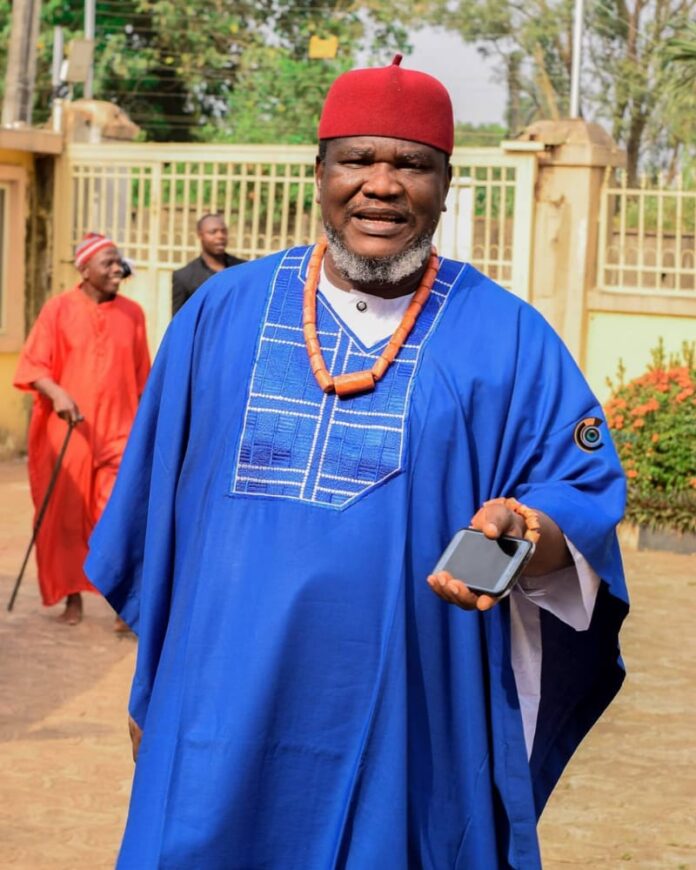 Nollywood actor and film director Ugezu J. Ugezu has controversially questioned why God could not use His might powers to destroy satan and chose to send his only son, Jesus, to do the job.

“A man who doctrinally has the power to destroy the satan has decided not to destroy him. Rather, he sent his only son to die. If only my people can start putting their brains to use.”

Ugezu, who is popular for his posts on Instagram disagreeing with the white man and his religion is often quoted stating that Africans were stupid for letting the missionaries stay and spread their fake religion.

On one of his posts, he quoted Chinua Achebe’s book, ‘Things fall Apart’ that says

“The white man is very clever. He came quietly and peaceably with his religion. We were amused by his foolishness and allowed him to stay. Now he has won our brothers and our clan no longer act like one. He has put a knife on things that held us together and we have fallen apart. 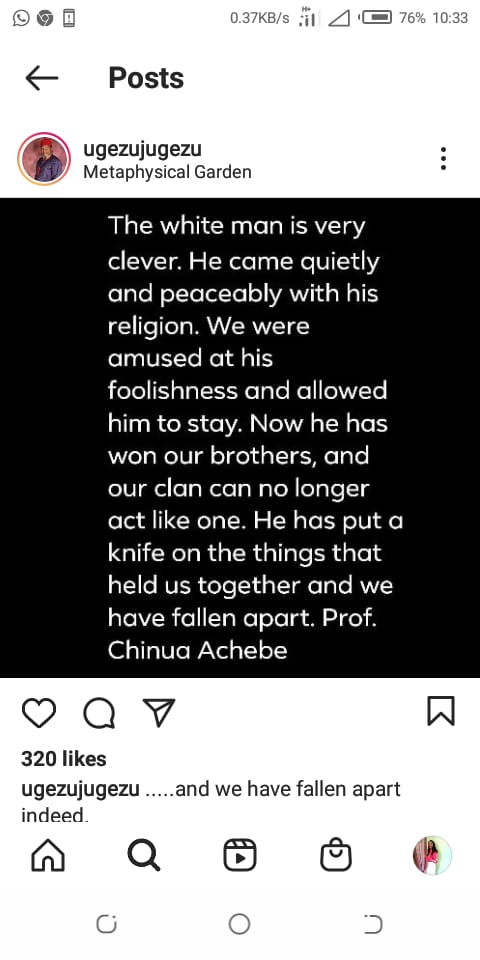 Ugezu also claimed that missionaries would not have brought religion to Africa if it was a good thing.