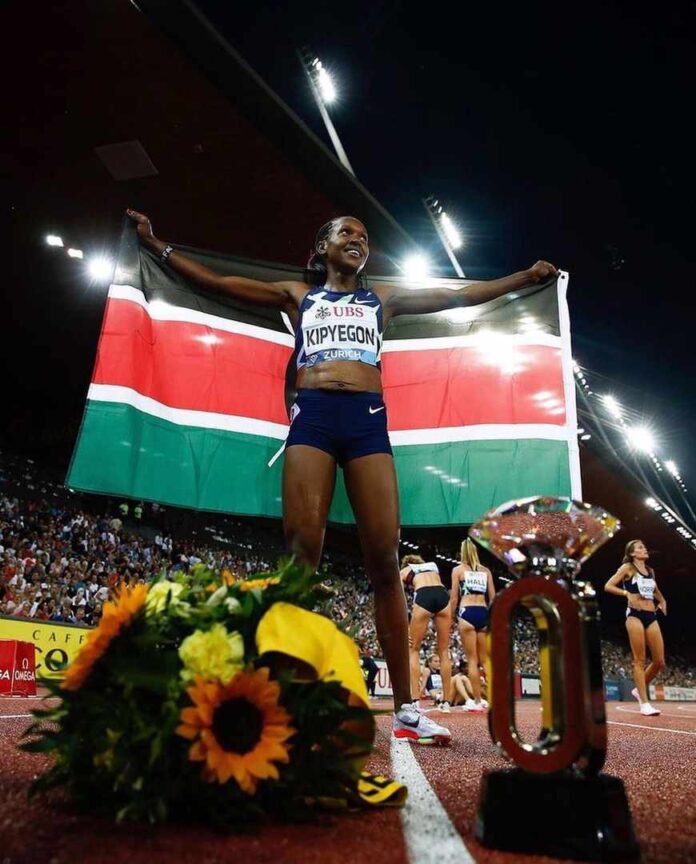 Faith Chepngetich Kipyegon a Kenya athlete specializing in 1500M race lead in the 2021 Diamond League in Zurich becoming the Champion. The Olympic champion managed to beat her greatest opponent Sifan Hassan with a time record of 3:58.33 while Sifan emerged second at 3:58.55.

Hassan managed to beat Kipyegon in the 2019 race by more than two seconds. In July 2021 Faith defeated Hassan by two and a half seconds in the Monaco Diamond League with a national record of 3.51.07 making her the four fastest in the distance.

Kipyegon defeated Hassan in the last 100M stretch of the race emerging winner with American Josette Norris coming third in 4:00:07.