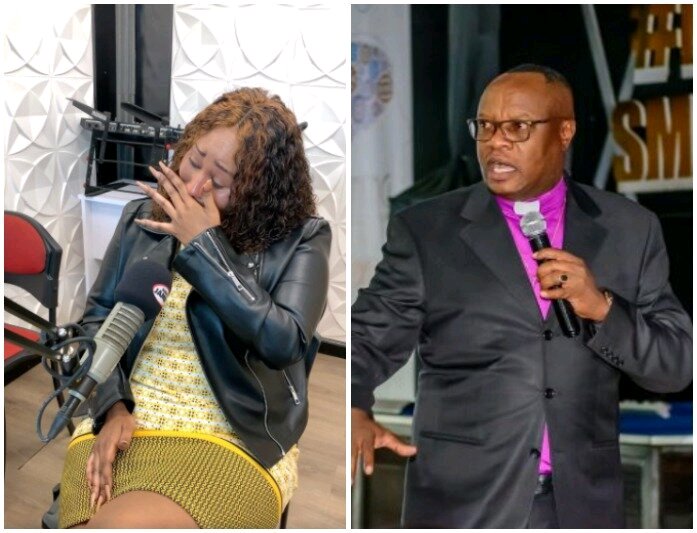 Bishop David Muriithi of House of Grace Church has been making headlines for all wrong reasons since his baby mama Judy Mutave sued him for child upkeep.

Muriithi had an illicit affair with Judy from 2016 to 2018 that resulted to the birth of their two-year-old son.

Judy dragged the disgraced bishop to court in a bid to compel him to pay child support for their son.

Muriithi later agreed to pay Ksh10,000 each month as child support, arguing that he depends on well-wishers for survival.

Judy in the court papers was seeking Ksh.100,000 monthly allowance for child maintenance for her two-year-old son.

But Muriithi told court his former mistress is using the child to extort money from him since she thinks he is wealthy and lives a high-end life.

The bishop also claimed the first time he learnt about the pregnancy was long after the relationship had ended.

Speaking during an interview with Massawe Japanni on Radio Jambo, Judy responded to Muriithi’s allegation that he only learnt of her pregnancy after they broke up.

She categorically stated that they planned to have the baby and that she even stopped taking contraceptives so that she could conceive.

She opened up about her affair with the disgraced preacher revealing that they met in 2016 at an entertainment joint.

Deputy President Welcomed In Nandi, If He Gets Evicted From Karen