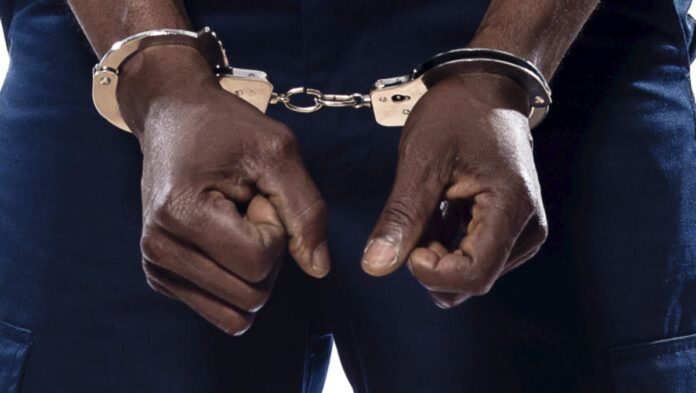 There was drama in Kayole morning after murder suspect, who has been on the run for almost a week was today arrested, after threatening to commit suicide if the police dared to arrest him.

Detectives from the Directorate of criminal investigations (DCI) reported having arrested this man, who has been wanted since last Friday for murdering his ex lover in Njiru, Nairobi.

According to the DCI, the suspect had locked himself up and was updated at the forth floor of the house, on the rooftop, bar threatening to kill himself by jumping off the balcony. Kayole based detectives are working jointly with the DCI’s Crime Research and Intelligence Bureau (CRIB) in the manhunt.

‘He was at a balcony, threatening to commit suicide. Our officers were at the scene pleading with him not to take his life on account of his actions, since all isn’t lost” reported the DCI.

The suspect was final payment arrested after Hours of pleading with him, attracting a huge crowd of onlookers.
I
The huge crowd was obviously out for blood and getting him out off the scene wasn’t sure if problematic for the officers.

This man is believed to have tied up this ex lover up before setting the house on fire. 2 of the deceased house girls had been earlier released from their jobs so as to give the two lovers some privacy to iron out their issues at around 8 am

Later on in the afternoon the burst up in flames. despite the efforts too put out the fire nothing was salvaged.
According to homicide detectives who visited the crime scene, they deceased appeared to have been tied before her house was sent ablaze.

Savage Reactions From Netizens After Kipchumba Murkomen Posted His Wife