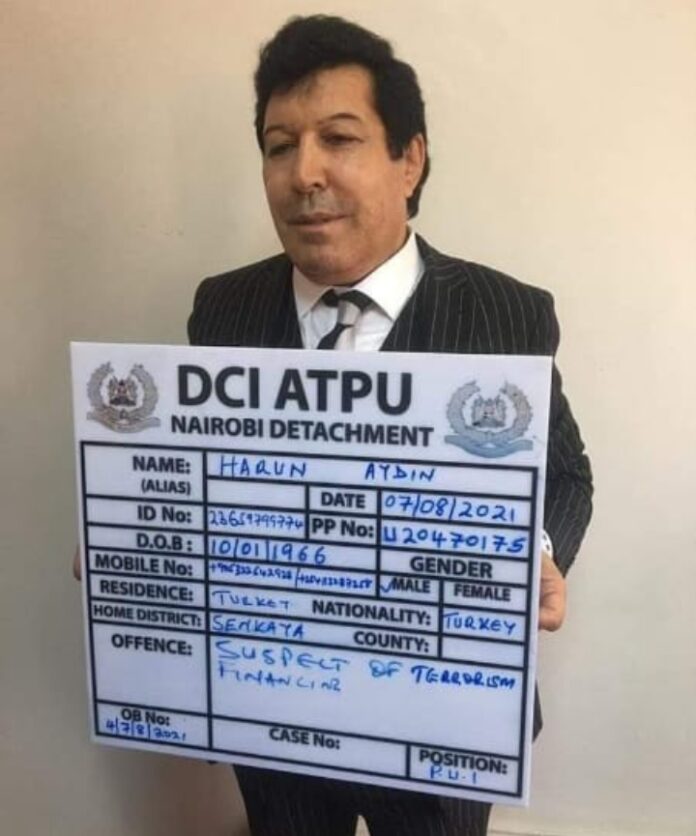 The Turkish man identified as Mr Haron Aydin in the drama surrounding  aborted trip by the Deputy President Dr William Ruto to Uganda  was on weekend detained in Nairobi over terrorist allegations. He has now been Deported

He was arrested by the anti terror immigration officials immediately when He landed in Wilson airport from Uganda where he had been since 2nd August.

As it has been  revealed that Harun was deported by Kenya immigration.

According to His lawyers who have talked to KTN, the convolutions might erupt between Kenya and Turkey as it have been revealed that He was asked to record a statement yet He does not understand english or Swahili language, and this infringed His rights of expression.

Mr Aydin was expected to be arraigned in court to answer the terrorist claims and money laundering.

Senior Counsel Ahmenasir Abdullahi was barred from seeing him on Sunday for the second day and lamented what he called, “order from above”.

According to Ahmednasir, being denied to see Aydin was not a problem because he was to be produced in court Monday morning.

The officials had earlier revealed that the accused person is in question on how He managed to get out of the country without the awareness of the immigration officials.

Deputy president and his political allies had earlier indicated that the government of Kenya is frustrating the international investors, this is to diminish his political agenda ahead of the 2022 politics.