Samidoh’s wife Edith has finally reacted to the most recent drama between him(samidoh)and his lover politician Karen Nyamu.

From the look of things, Edith has already accepted fate and is not going to fight for Samidoh again.

Edith uploaded a video on tiktok singing along to a song stating that she still loves him but has given him a ‘certificate’ to do whatever he wants. She further captioned the video with a statement saying that marriage is for the hardheaded.

Here’s is a screenshot of the lyrics of the Kikuyu song translated into English; 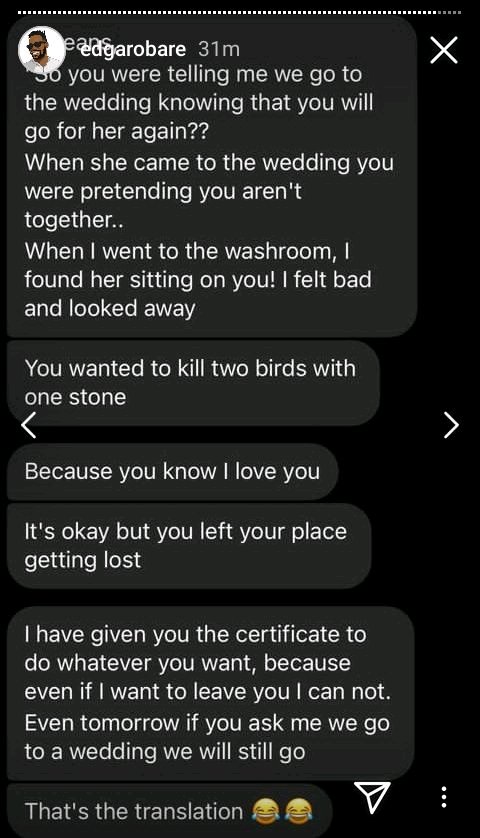 A few days ago, Samidoh fought Karen Nyamu who claims that she is currently 3 months pregnant for him over allegations that she was having affairs with other men.

The drama came just days after he wrote a public apology message on social media to his fans and wife stating that he was sorry for setting a wrong example and getting into an illicit affair with Karen Nyamu.