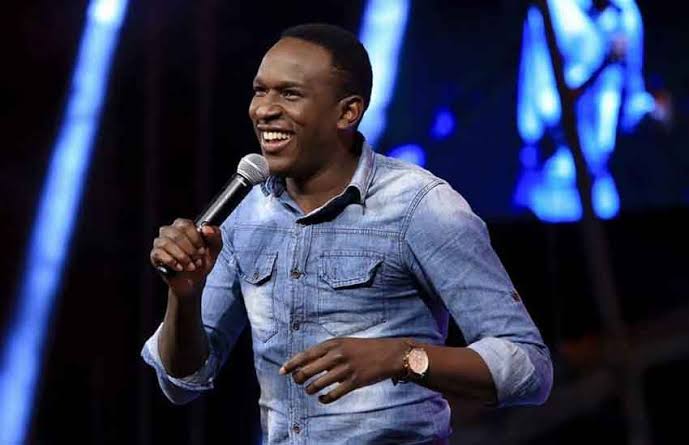 Veterana comedian Oliver Otieno, popularly known by his stage name as YY, has today wowed his fans after he posted a screenshot of the amount of money he earned from Skiza Tunes.

YY is a comedian who comes from Kosele in Homabay county where his parents live. His dad died when he was in class three hence was raised by his mum. He is the first born in his family. YY worked as a stand-up comedian in the famous Churchill Show.

The comedian is known for his love for his family. YY recently built a mansion for his mum back in the village. Apart from stand-up comedy, YY also works as an MC in major events such as weddings and fundraising ceremonies.

YY released a song entitled ‘Tung’ang’ane’ 8 months ago. The song is a collabo between the comedian and Alpha Mwana Mtule and has 85,000 views on YouTube. On his Instagram page yesterday, the comedian wowed his fans when he posted the amount of money he earned from the song from Skiza Tunes.

He earned a whopping sum of Sh1.5 million from Skiza Tunes. What surprised many people is the fact that his Mpesa account was full of money and couldn’t therefore receive any more money. Skiza Tunes advised him to withdraw some money from his Mpesa so that the payment can be made. 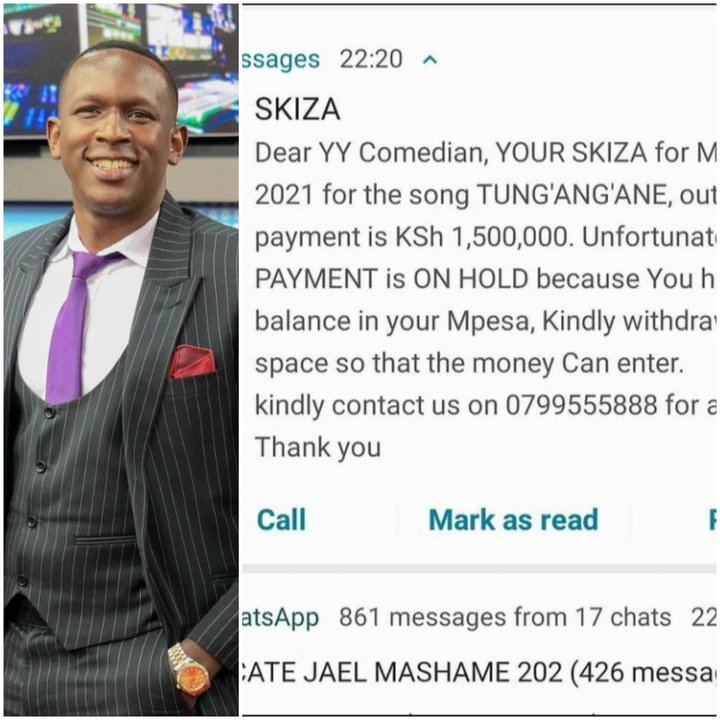 YY captioned the post, “ My song had 80million streams and this is what you pay me?”

Some people also told him to stop complaining since comedians Eddy Butita and Mulamwah were paid meagre Sh 86 and Sh 31 respectively from Skiza Tunes.

Other people were also astonished that the comedian earned Sh 1.5million amid this pandemic.

Akothee Pens Down A Love Letter To Her Future Husband

Trouble In Paradise? Here’s The Reason Why Bill And Melinda Gates...