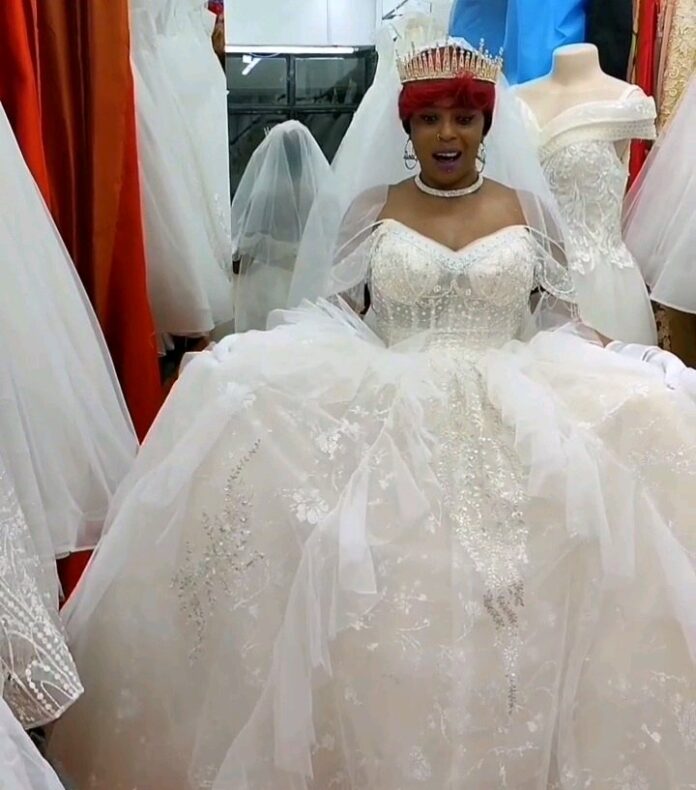 Socialite Manzi wa Kibera has deleted her indicent pictures on Instagram. She has been trending on Instagram ever since she started releasing her inappropriate pictures that have received mixed reactions online.

This was all for being famous despite it being unacceptable, and as she always said Vera Sidika was her role model always. This got her an invitation during Vera’s baby gender reveal party that was highly attended by celebrities.

However according to a recent post that she has shared in her social media page, she has shared a video while dressed in wedding gown looking all lovely.

She went on to tell off Chali wa kibera who has been there for her, to keep off because this is the way she has chosen.

This was really confusing to many of her fans as they were asking, if this is another clout chasing or she is finally getting married and settling. Just then other day she had posted and apologised to her mother for the Indecent pictures.